We Put A Falcon And A Rabbit In The Same Room Together. What Happened Will Not Surprise You. 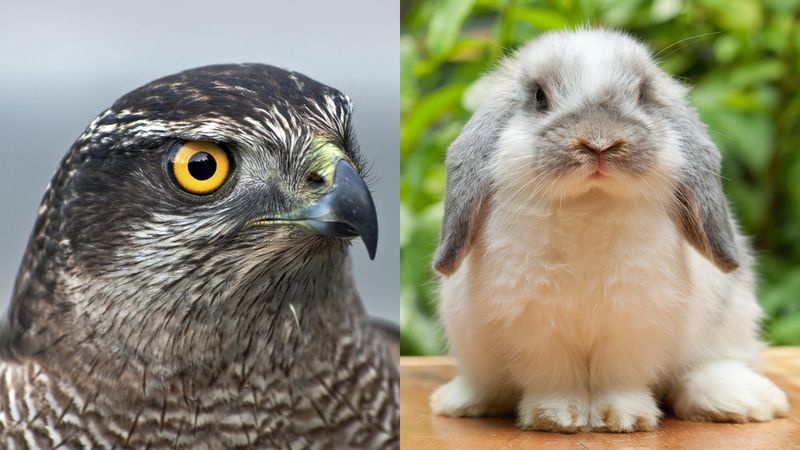 As humans, we are so quick to default to preconceptions, but these mental shortcuts often harm our way of thinking. In many cases, preconceived notions blind us from approaching situations in new ways. To challenge that idea, we put a falcon and a rabbit in the same room. You’re probably thinking, “Oh, the falcon immediately killed the rabbit,” because that’s what you’ve been taught to think.

And in this particular case, yes, that is exactly what happened. Almost instantly. Your preconceptions were 100 percent spot-on.

It’s so beautiful when the animal kingdom surprises us, when predators don’t act like senseless killing machines. Unfortunately, this was not one of those times.

This room was way too small for the bunny to have any chance. It took about an eighth of a second for the falcon to completely disembowel the rabbit and begin feasting on its entrails, as falcons have done billions of times, over and over again, throughout the history of vertebrates. Thinking that this time would be any different is lunacy.

We named the rabbit James, and James was absolutely annihilated in a shower of viscera by the falcon, which loudly slaughtered the rabbit while we were trying to think of a name for it. James didn’t even struggle. James realized that this is simply the way of things.

It just goes to show you that while life may surprise you sometimes, this was definitely not one of those times.