‘We’re In Love’: Meet The 52-Year-Old Soybean Farmer Who Stole The Heart Of Queen Bey 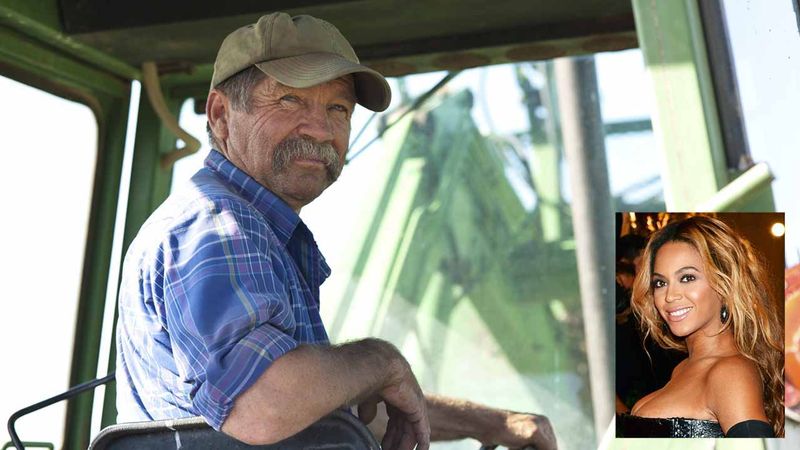 When he woke up this morning, Walter Durmond was just a midsized soybean farm supervisor. But since news of his affair with Grammy Award-winning pop artist Beyoncé broke hours ago, he is now trending on Facebook, Twitter, and the top of every pop culture blog across the world.
“I oversee a 1,800-acre farm that harvests midsized legumes like soybeans and fava beans,” said Durmond during a phone interview. “So when I went into town for fertilizer a couple weeks ago, the last thing I expected was to meet and fall in love with Beyoncé.”
But love had a different plan for this 52-year-old divorced father of six. The multi-platinum singer happened to be in Bettendorf, Iowa shooting a music video when she bumped into Durmond at the local coffee shop. From there, the sparks flew.

“I didn’t know who she was at first,” Durmond explained. “She was just a lady who asked if I knew where the lids were. That got us talking, and suddenly it was 12 hours later and the sun was coming up, but it felt like no time had passed at all. I felt like a teenager again.”

Despite the whirlwind of activity that now surrounds Durmond, he wants to be clear that he never intended to play the part of home-wrecker:
“I have nothing against Jay Z. He seems like a nice guy,” said Durmond. “By the time I knew she was married, my heart was already hers, and there was no going back. This is true love.”
Friends and neighbors across Bettendorf are also basking in Durmond’s newfound love.
“I’ve never seen Walt this happy,” said farmhand Terrence Schulder. “After Sheila left him and he slipped that disc in his back, I thought he’d given up. But ever since he met Beyoncé, there’s been a spring in his step. She’s already flown back to Bettendorf a few times to see him since then. Sometimes she even helps out a bit laying irrigation tubes.”
While these two are still in the beginnings of their courtship, Durmond is already looking down the road.

“We have good schools here in Scott County, Iowa,” Durmond said. “I think Blue Ivy would flourish here, along with any children Beyoncé and I might have in the future”

Bey has been keeping out of the spotlight, but several Bettendorf sources claim they saw her exiting a corn silo looking all flushed yesterday.