‘We’re A Mom & Pop Shop Compared To Them’: Barnes & Noble’s New Ad Campaign Is All About How Amazon Is So Bad You Can Feel Like You’re Supporting A Small Business By Shopping At Their Stores 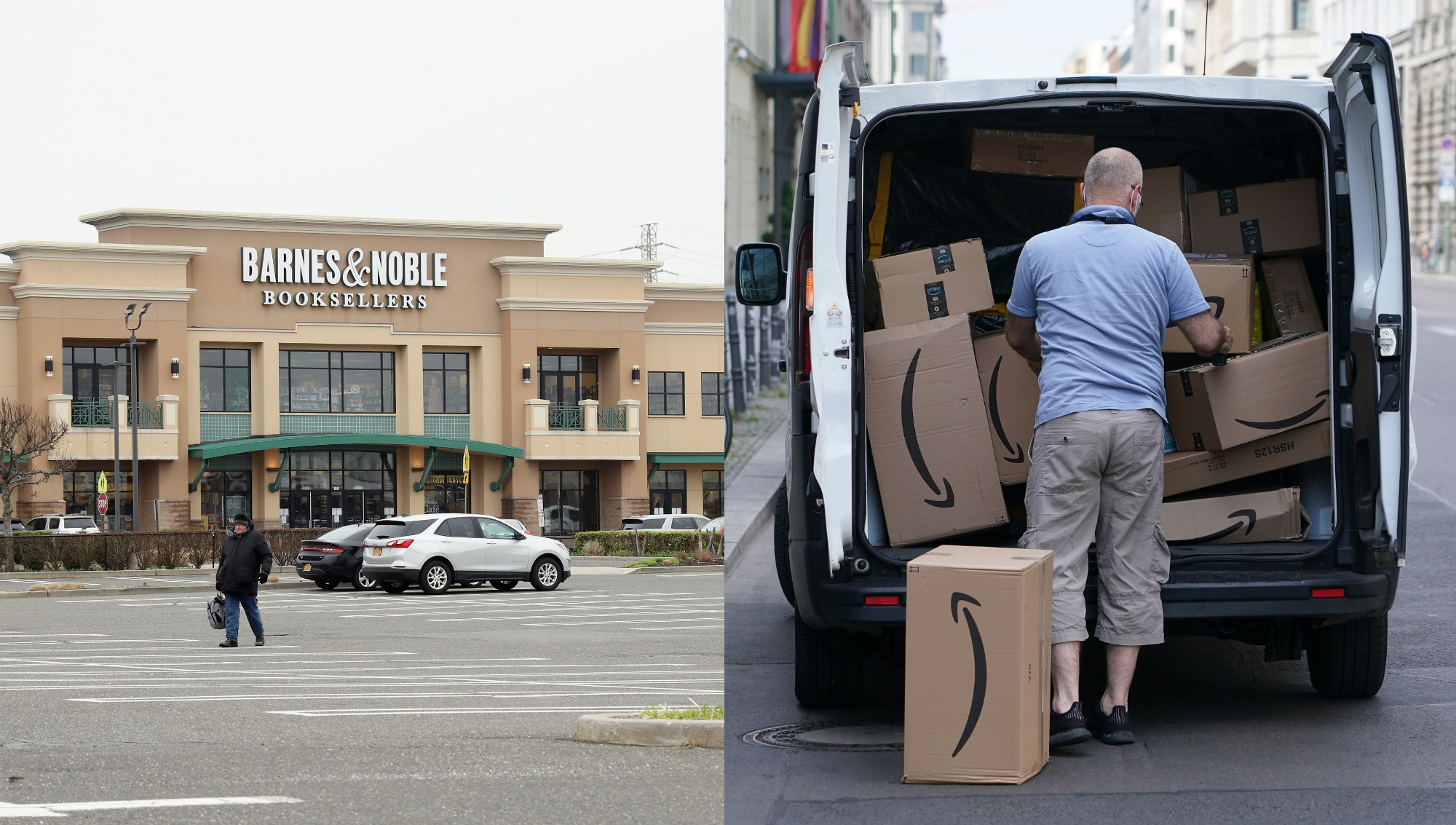 It’s crucial for businesses to stand out from their competitors, even if that means attacking them, and it looks like one bookstore just threw the gauntlet down in a major way: Barnes & Noble’s new ad campaign is all about how Amazon is so bad you can basically feel like you’re supporting a small business by shopping at their stores.

The bookseller announced the new campaign in a press release earlier this week, directly targeting their main competitor Amazon in a series of ads claiming that, compared to a massive, ultra-wealthy company like Amazon, they’re basically the little guy again. A commercial spot for the company begins with footage of Amazon warehouses, where exhausted employees struggle to lift huge boxes. The voiceover states, “Corporate greed. Worker exploitation. Environmental destruction. That’s what you support when you buy Amazon’s books.” The ad then cuts to footage of an enormous, three-level Barnes & Noble store in the downtown area of a major city, where customers happily browse for books. “Barnes & Noble doesn’t do any of that on nearly the same scale. If you think about it, we’re pretty much a Mom & Pop joint compared to Amazon. You can feel good about shopping small at Barnes & Noble, America’s Largest Bookseller.”

The campaign also includes a series of print ads that go head-to-head with Jeff Bezos’s behemoth corporation. One features a photo of a bottle of urine in the back of an Amazon Prime delivery truck with the text, “Amazon’s employees are forced to piss in jars while they rush to deliver their books. Barnes & Noble employees work in stores with toilets.” Another print ad juxtaposes a photo of an Amazon Kindle with one of a Barnes & Noble Nook with the text, “DOES ANYONE YOU KNOW EVEN OWN A NOOK?” in large letters. Below that, smaller text reads, “Compared to a Kindle, getting a Nook is the equivalent of buying a book from a kindly old man who’s run the only bookstore in town for 60 years. Do the right thing!”

Wow. Looks like Barnes & Noble is seriously out for blood with this new campaign. We should know if it pays off for them by Small Business Saturday, which is when they’re planning on running all of their Black Friday deals this year. Your move, Amazon!