We’ve Done It! When This Researcher Discovered A New Turtle Species, An Angel Appeared To Reveal That Humans Had Found Every Kind Of Turtle And Gifted The Researcher A Huge Coin 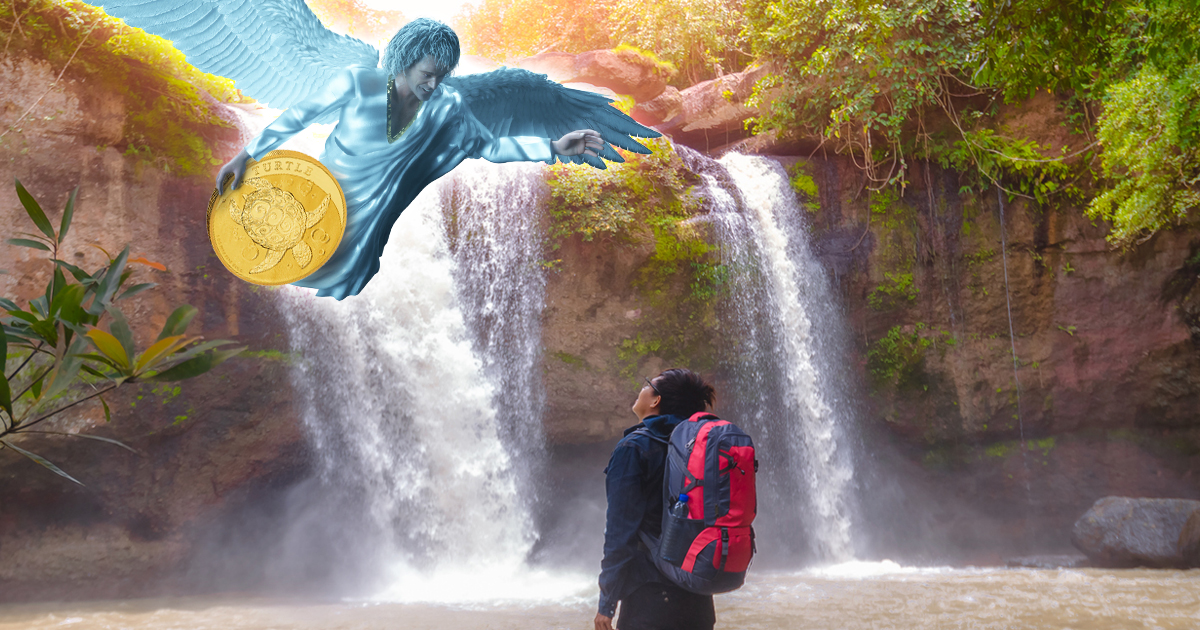 At a time when good news is getting harder and harder to come by, here’s a wonderful story about a major scientific achievement that’s sure to brighten your day: When this researcher discovered a new turtle species, an angel appeared to reveal that humans had found every kind of turtle and gifted the researcher a huge coin.

Awesome! We did it!

Earlier today, while conducting field research in the Lower Amazon, Brazilian biologist Antonia Serra discovered a turtle with a shell structure and markings unlike any other turtle she’d encountered in the region, leading her to suspect it could be a new species. Moments later, her hunch was confirmed by a deafening trumpet call and a brilliant explosion of light as an angel from Heaven descended towards her like a falling star with a massive coin in its outstretched arms, heralding her discovery.

“Hark! Do not be afraid, for I, a servant of the Almighty God, have come to bring you good news!” declared the angel in a booming voice that left the birds and beasts of the forest shrieking and howling in terror. “At the beginning of time, God created the Earth, and he filled the Earth with many glorious turtles of many varieties. And, lo, today, with the discovery of the turtle before you, I proclaim on behalf of the Most High that all of the marvelous turtles in His dominion have now been found by man. You have found the final turtle, and for this you shall receive a great reward!”

The angel then presented Serra with a gold coin the size of a manhole cover and whispered a blessing unto her in a Heavenly tongue before suddenly, and without warning, retreating skyward in a great tower of fire, leaving a frenzied chorus of apes and locusts wailing in its wake. Alone once again on the banks of the Lower Amazon, Serra marveled at her new coin and let the magnitude of her turtle discovery sink in. Later, she would dub the newly discovered species ultima turtur, meaning “final turtle,” to commemorate her achievement.

So amazing! What a huge win for science.

It’s not every day that you find a new species, let alone the final species of something on the whole planet. Kudos to Serra on the discovery of the ultima turtur—that shimmering coin from the Heavens is much-deserved!