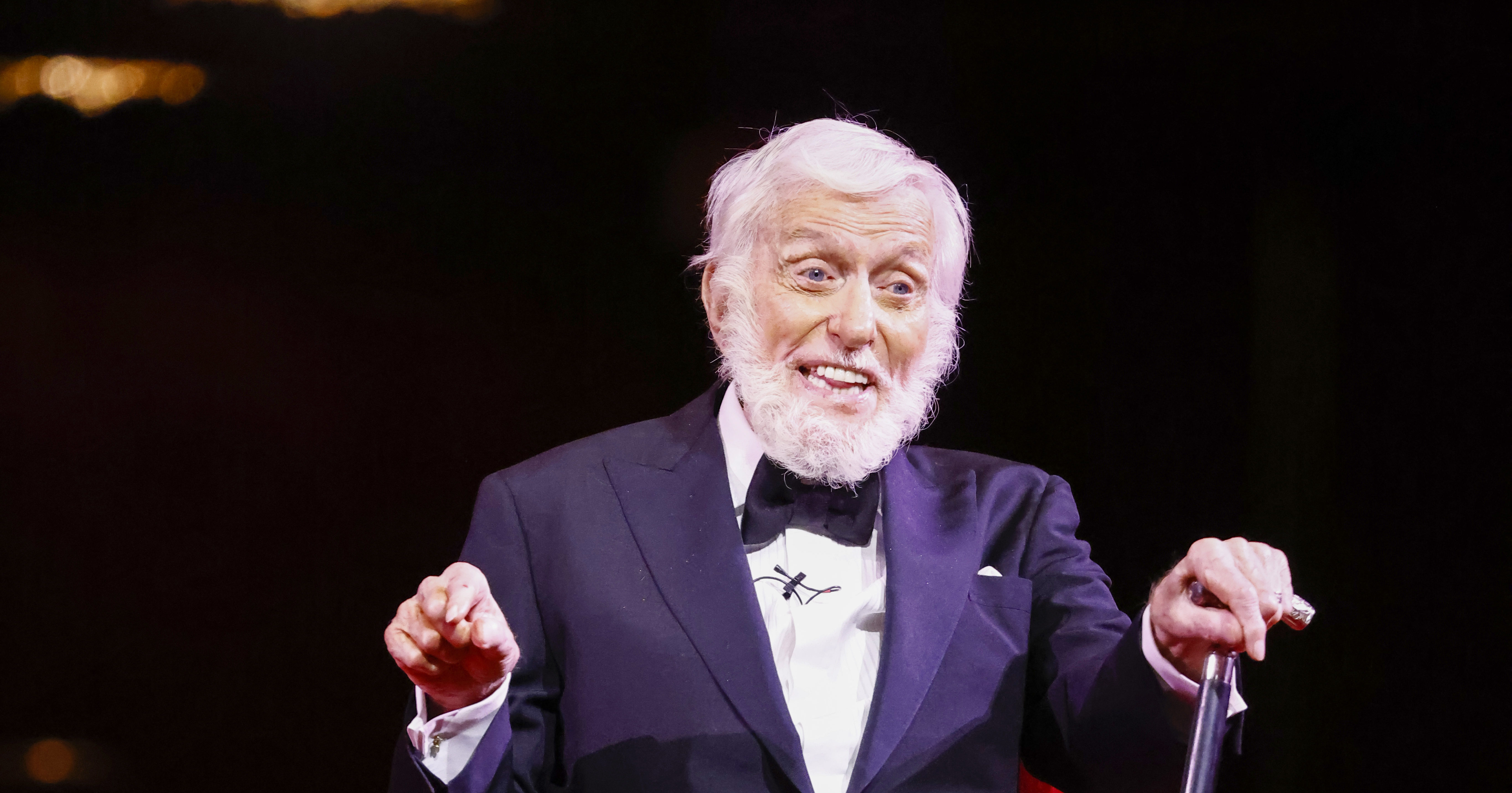 Now, Toots, you donnknow me, but I saw you five years ago at ‘Ole Foods, which was the last time I was ‘llowed to leave the house. You were o’er by the loose nuts ‘n’ grains, and you was definitely wearin’ green sweatpants. Or was it a big pink tootoo? Can’t ‘member which. Either way, your hair was pr’bably blonde, and it wasall very beautiful to me, and when I gave it a think a couple months later, it gave me a bowner! Now this proposition may be a bit crude, but I figure, hey, either way the end’s comin’, so whadda I have to lose? So, Toots, howsabout one last lap dance for ol’ Dick Van Dyke ‘fore I die?

Now, o’ course I can’t promise I won’t die during the lappity dance, but I can promise to have a hospice nurse on call, or even seated under me on the chair if ya’d prefer. Or p’rhaps you yourself are a hospice nurse? Admittedly, I don’t know muchaboutya Toots! Whaddya do all day? Do ya like toffees? Do ya like bowners?

And ‘fore it causes any problems, yes I DO have a wife but no she WON’T MIND. Do ya know how to read, Toots? You can read ’bout my marriage here, under “Relationships ‘n’ Chil’ren”: https://en.wikipedia.org/wiki/Dick_Van_Dyke

I was lookin’ for your Wikipedia page, Toots, but I couldn’t find it. That’s why I don’t know if ya like toffees or not.

Anywho’s, it’s downright criminal that a pretty thing like you is in my brain and not on my lap! And as a reward I can offer ya many things. A bran’ new coupon for a half-price suntan lotion? Gently used suitcases? A letter of recommendation to yer co-op board? Happy to put ya into my will as well—do ya want my Mary Poppins royalties, or p’rhaps custody o’ my kids?

Ya know what Toots, maybe you’re havin’ trouble picturin’ how special it would be. Me? I can picture it all so clearly. So I drew it for ya.

See? It’s You = Dancin’ and Me = Havin’ a bowner, which I promptly erased due to it was crude. But ya get the idea, don’t ya, Toots? It’d be you tap dancin’ on m’ lap while I play lovely li’l tones ‘n’ tunes from the “Sounds ‘n’ Haptics” section of my phone!

So whaddya thinkin’, Toots? Do we havva deal?