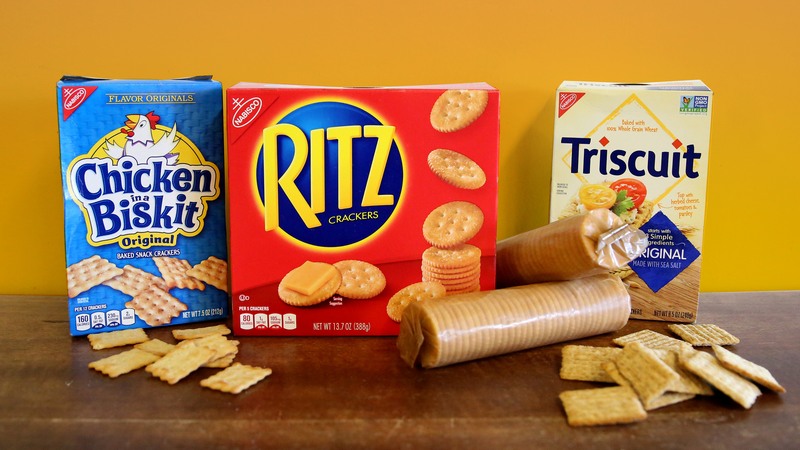 We live in uncertain times, where rising political tensions continually pose the risk of global warfare. But with high risks come high rewards. Plenty of people would have you cower in fear at the notion of entering World War III, but what they fail to understand is this: The vast majority of technological innovation in crackers is a direct result of war.

We at Nabisco have the guts to accept the fact that the world’s most harrowing conflicts are responsible for its most stunning crackers. During the second world war, the amount of American troops who needed packaged meals pushed us to design more filling crackers that could be produced on a mass scale, and the exotic, innovative crackers that resulted from this violence changed snacking forever! The beloved Ritz crackers you enjoy today were made possible by the harrowing demands of fighting the Nazis! If we had listened to the pacifists back then and refused to fight, we’d still be eating unsalted discs of flour and water instead of feasting on Tuscan Herb Wheat Thins!

Seriously, tell me, you spineless fucks, do you actually think diplomacy and compromise gave us the Club Cracker? Do you honestly believe that open-minded dialogue cleared the way for Sweet Chili Triscuits, or that the peace-loving ambassadors at the U.N. brought us Ritz Bits? It was the pitiless, awe-inspiring carnage of war that brought us these snacking miracles! War gave us the crackers we love today, and it will give us the exciting new crackers we’ll love tomorrow, if only we can find the strength to embrace it!

Don’t any of you small-minded philistines currently wringing your hands over the possibility of nuclear war ever think about what kinds of snack-related marvels could rise from the ashes of a bombed-out San Francisco? Don’t you ever contemplate what bold and exotic flavors of saltines may need to be dreamt up to feed our soldiers as they fight and die in the radioactive desert that used to be Paris? When global conflict plunges us into nuclear winter, we may need to engineer a spectacular bioluminescent cracker that glows in the dark as a makeshift light source after the sun disappears forever behind clouds of debris! The madness of war could force us to invent a man-sized cracker that tastes like a french fry, or a spherical Ritz cracker filled with chocolate milk! The possibilities are endless!

If our society wants to push the boundaries of cracker technology beyond what we’ve ever dared to imagine, a price has to be paid. When World War III arrives to burn the world, then we, the courageous visionaries at Nabisco, will march bravely into the flames knowing that we shall emerge on the other side with our mouths filled with the crackers of the future! If you’re too much of a coward to move forward with us into this new era of universal bloodshed, then you will be left behind, your names forgotten and forever lost to time like the obsolete crackers of the past.