What The Fuck, Those Aren’t For You: Mom Just Got A Fenty Bra 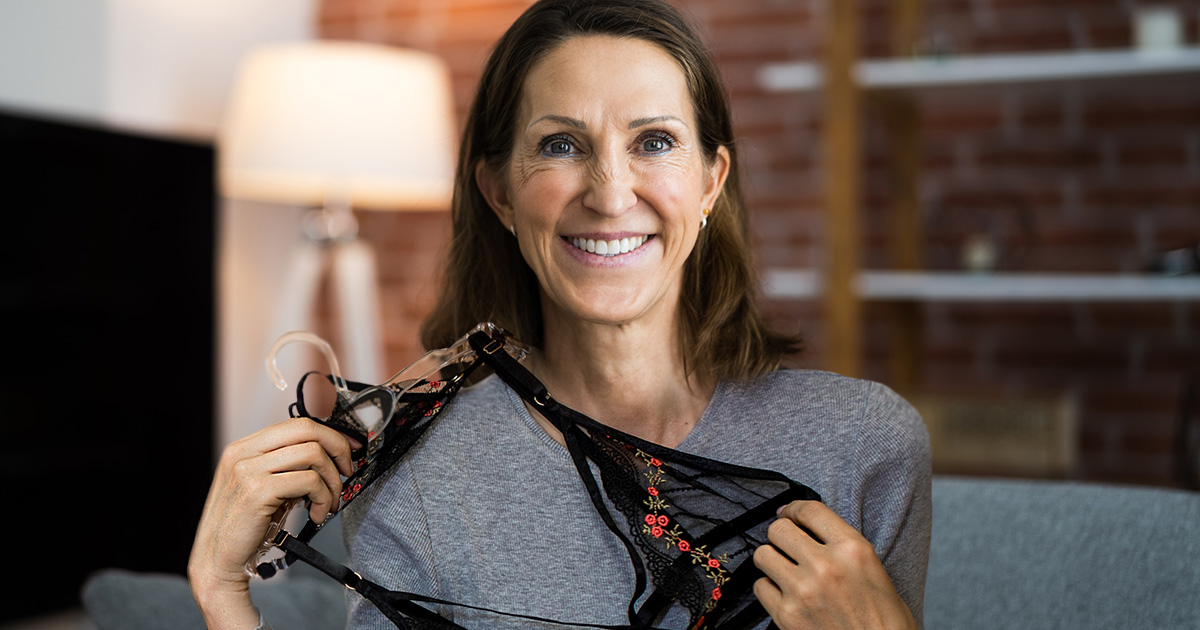 Get ready to feel uncomfortable, because Mom just made a highly questionable purchase that indicates that, even in her old age, she is apparently still a sexual being: Mom just got a Fenty bra.

What the hell, Mom! Those aren’t for you.

Mom, seemingly oblivious to the fact that Rihanna’s Fenty brand makes undergarments primarily worn by hot Instagram influencers in thirst traps, just texted you a slightly blurry picture of her new Savage X Fenty bra lying on her bed with the caption “My new bra….SO CUTE!!” Mom immediately followed up with another text saying, “Cannot wait to where [sic],” even though the only thing Mom does is go the grocery store, which is not exactly the place to wear a purple strappy balconette bra with a metal nameplate that reads “FENTY,” especially considering the garment will almost certainly be plainly visible through her white Coldwater Creek blouses. It’s unclear why Mom would feel the need to wear a push-up bra when the vast majority of her time is spent in the kitchen preparing various meals, but here we are.

Fenty is big on body positivity and inclusivity, so, to be clear, it’s not like they would have a problem with a 64-year-old woman wearing their bras. But based on their provocative ads, it’s probably safe to assume that the company’s underwear wasn’t exactly designed with people who were alive for the Vietnam War in mind. Honestly, it’s shocking Mom even wants to wear a bra with a sheer panel surrounding the nipple, but if that’s what she wants instead of a modest full-coverage nude bra with extra cushioned straps to prevent sagging, who’s to stop her? Still kind of fucked up, though!

Also, it’s unclear how Mom even found this bra in the first place. You’d have to be a pretty big Rihanna fan to know about Fenty since it’s only sold online, and although Mom always turns up “Umbrella” when it comes on Pandora radio, it’s not like she has her ear to the ground about Rihanna’s business ventures. Mom must have come across it when googling something like “new bra sexy” on her iPad, where presumably nowhere in the product description was it mentioned that these bras are more for cool girls to wear as going out tops than they are for postmenopausal women whose idea of a going out top is a rhinestone-covered cotton tee from Kohl’s.

Seriously, what the hell is Mom thinking with this one? She needs to dress her age, not like Rihanna. Her new bra might honestly scare Dad. She needs to be careful with it.