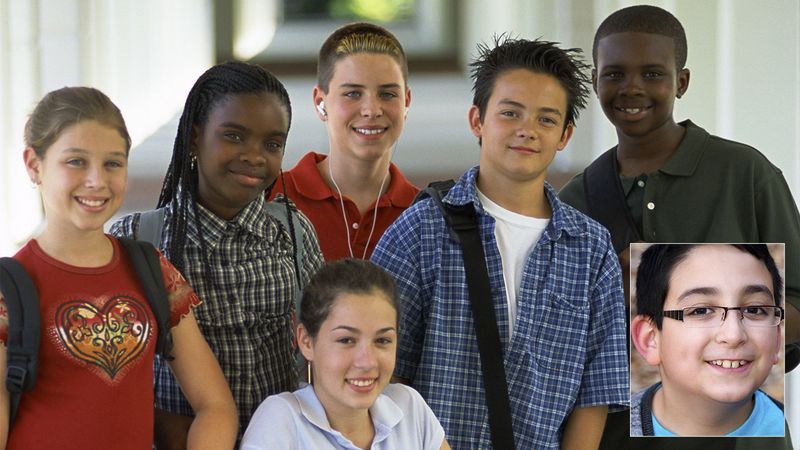 Ten-year-old Daniel Pridham always stood out among the other kids. He was born with a learning disability, had to take different classes than everyone else, and was an easy target for bullies at Polk Middle School in Santa Rosa, CA. But one day, six of Daniel’s sixth-grade classmates decided that enough was enough, and they teamed up and did something truly amazing.

They adopted Daniel into their friend group, which was so nice that we’re actually pretty nervous that they’re setting him up for something much worse down the line.

What classmate Steven Carpenter did started small—every recess, he asked Daniel to hang out with his friends, and every lunch, he invited him to sit at their table. But those small gestures quickly turned into something bigger, and eventually, Steven and the rest of these kids could be planning on doing something so truly terrible, on such a large scale, that it could potentially damage Daniel for the rest of his life.

After five months of hanging out with him every single day, the gang decided to organize a bake sale, and they eventually raised enough money to buy Daniel a new video game system. Really, though, couldn’t all of this just be some sort of distraction while someone else fills his locker with tampons or puts lizards down the back of his shirt or something?

They even invited the whole class to his birthday party, which, God forbid, could be the place where all his classmates bully him in a carefully coordinated effort. They could have made a separate invitation telling all the kids to show up and yell “faggot” at the exact moment he blows out the candles. Or, they might be telling everyone to sing a version of “Happy Birthday” that only describes how many dicks he could probably hold in each hand. Honestly, some of these kids are so big, they could demolish Daniel if they ever wanted to.

If you think about it, Daniel is happier than he’s ever been before, which, unfortunately, means that he has a long way to fall. Because of his classmates’ generosity, Daniel went from being a kid with no friends to a kid with hundreds, but who knows how long it will be until they all start some website making fun of his learning disability. We checked to see if the domain danielisaretard.com is still available. It is.

It just goes to show that sometimes, people can really surprise you, no matter how young they are. And we hope to God that that’s all they’re doing, because we really don’t want our suspicions about them to be right.