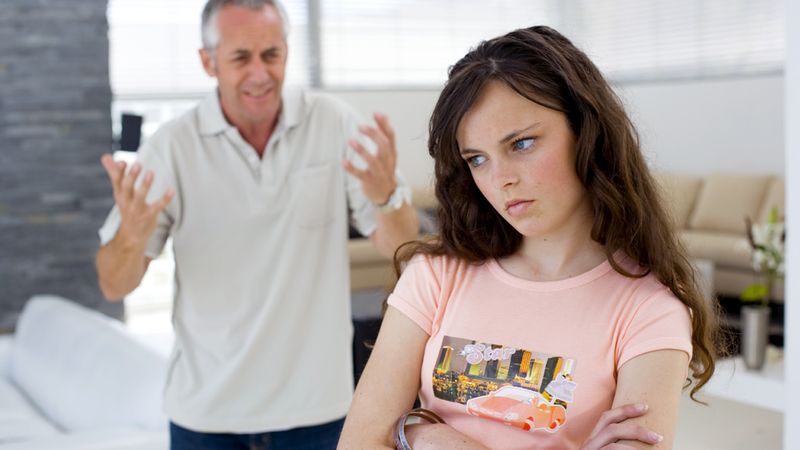 In the age of tweeting, texting, and emoticons, sometimes it seems like teenagers are speaking an entirely different language. I recently heard my 16-year-old daughter Lindsey use the popular slang phrase, “I’m going to a warehouse to get all holes stuffed.” It seems impossible to decode, but I found out firsthand what it really means: Lindsey was going to a place of industry to have anonymous group sex.

I know it seems hard to decipher. You may be thinking, “Really? I was supposed to come to that conclusion just from that mumbo jumbo?”

It’s often hard to make heads or tails of teen speak. For example, if you hear your teen say, “I’m going to call Ricky for a pistol and then rob the liquor store,” your teen is really trying to say, “I’m going to buy an unlicensed firearm from a man named Ricky so I can physically intimidate the liquor store clerk and take all the money in the cash register.” It’s practically a full-time job keeping up with what your teen is saying! But the truth is, this knowledge will give you peace of mind to know that she isn’t sneaking something past you.

Due to modern technology, it’s not just spoken slang that teens use that you need to be aware of. Look at this text I received from Lindsey just the other night. She wrote: “im gunna share needles with strangers til i get so high i pass out.” Total gibberish, right? It turns out this one meant my daughter was going to use heroin with a local gang of ex-cons. It felt so good to be out of the dark and finally getting a better understanding of my teenager. After all, it’s been a long time since I was 16. No one says “hip to the groove” anymore. Now it’s all, “I’m gonna fight transient day laborers in a makeshift cellar beneath the gas station for money.” Times have changed.

We parents must constantly be staying up to date with ever-evolving teen slang. Here are a few more common teen phrases and what they mean:

IMO: “In my opinion”
POS: “Parent over shoulder”
I freaked out on this bitch in the ring so hard that she died, and I don’t feel shit: “During an altercation in the underground fighting circuit, my opponent died and I experienced no remorse.”
ROFL: “Rolling on floor laughing”

Learning teen speak isn’t prying or invading her privacy—it can be an opportunity to forge a bond and earn trust. She may actually respect you for taking an interest in her life, and speak to you more directly! Thanks to my caring, I know when my teen is going out to vanish for an indefinite period of time with a group of strange older gentlemen. That way, when she returns several weeks later covered in tattoos, she has a newfound respect for me, because I treated her like an adult!

And that is what parenting is all about.