When This Homeless Man Needed To Travel To His Brother’s Funeral, American Airlines Let Him Borrow A Plane 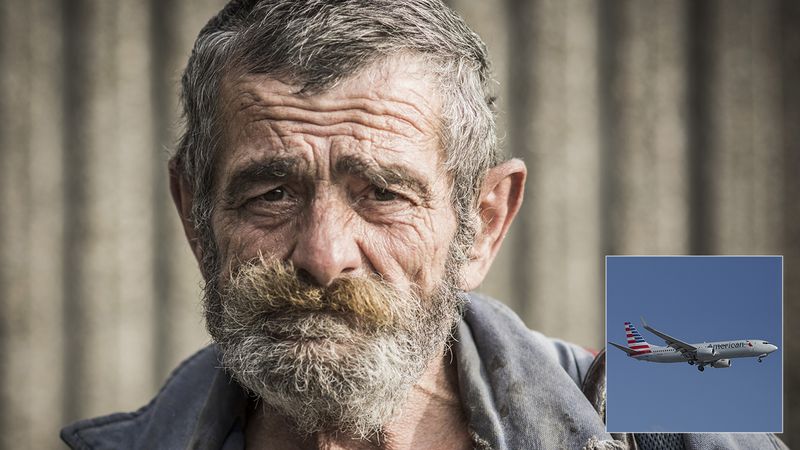 Think all large corporations are heartless, unfeeling machines? Well, American Airlines just may make you think twice: When they heard a homeless man wanted to attend his brother’s funeral in Milwaukee, they handed him the keys to one of their brand-new Boeing 777-300ER jets to fly himself there and back, completely for free.

Walter Haggerty has been homeless in New York City since 1998, struggling with health issues that leave him unable to hold a job for more than a few months at a time. The recent death of his brother Richard hit Walter hard, but he had no way of getting to Milwaukee for the service—that is, until American Airlines stepped in.

“When we heard Walter’s story, we knew we had to do something,” said American Airlines public relations vice president Maura Lister. “So, we invited him to LaGuardia Airport and handed him the keys to one of our passenger jets. Letting him borrow the plane for a day won’t affect our day-to-day business too much, but it means a lot to Walter.”

Truly inspiring. So many people walk right by Walter every day on the streets of New York, but American Airlines treated him to the gift of a lifetime by letting him fly a 370,000-pound aircraft back home to say one last goodbye to his brother.

“He must have a lot on his mind—his takeoff was a little shaky,” explained Lister. “But he eventually got up in the air okay. Our thoughts are with him and his family.”

Walter took off from LaGuardia at 10:31 a.m. local time today, and while he hasn’t radioed in yet, we can’t wait to hear all about his flight home!

American Airlines, we salute your compassion. Tweet @AmericanAir to show your support for their amazing gesture!