While I Love The Band Rush, I Worry That Neil Peart’s Need For Drumsticks Has In Some Way Contributed To Deforestation 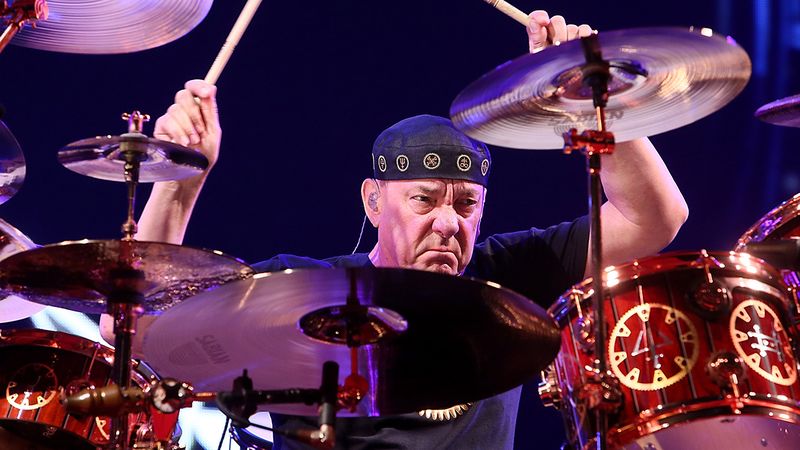 Rush has been my favorite band since their debut album in 1974. The band completely altered what I thought rock could be and catalyzed my lifelong interest in progressive metal. But as much as I love their music and respect the hell out of their technical abilities, I worry that Neil Peart’s need for drumsticks has in some way contributed to deforestation.

I’ll be the first to argue that Neil Peart is one of the best percussionists in rock ’n’ roll history, if not THE best. But it’s tough not to think about forests being clear-cut all around the globe when the masterful Peart tosses a perfectly good pair of sticks into the audience at the end of every Rush concert. While I’d like to imagine that Peart later goes into the crowd to retrieve those sticks and use them for his next show, I know that’s probably naive to think. And those sticks are just two more on top of the multiple pairs he shatters mid-set, only to later smash their replacements to splinters as well without missing a beat. That just has to add up over the course of one totally awesome Rush world tour, never mind the dozens they’ve done.

When you think about the number of sticks he’s gone through over the course of his career, it’s difficult to listen to “YYZ” without images of entirely leveled forests embedding themselves at the forefront of your mind. Consider that Peart, who is now 63 years old, probably began playing drums when he was in middle school or high school. In the five decades since, conservationists estimate that nearly 800 million hectares of forest have been stripped from the Earth. You really have to wonder how much of that can be traced back to him.

As long as Neil Peart is playing drums, our global ecosystem will suffer for it.

I’m not saying that you should stop listening to Rush right now (I sure won’t!) or that you need to feel guilty when “Tom Sawyer” comes on in your car. But it may be time to start quantifying just how much Neil Peart has played a part in the deforestation epidemic. We want to leave bountiful and healthy forests to our children and grandchildren, and if it turns out Rolling Stone’s #4 greatest drummer of all time is inhibiting that future with his careless use of his drumsticks, I don’t know what I or the millions of other Rush fans will do with ourselves.