Who Gives A F*ck About An Oxford Comma? They Do. Meet The Four Columbia Prepsters Who Prove That Caring About Grammar Might Just Rock. 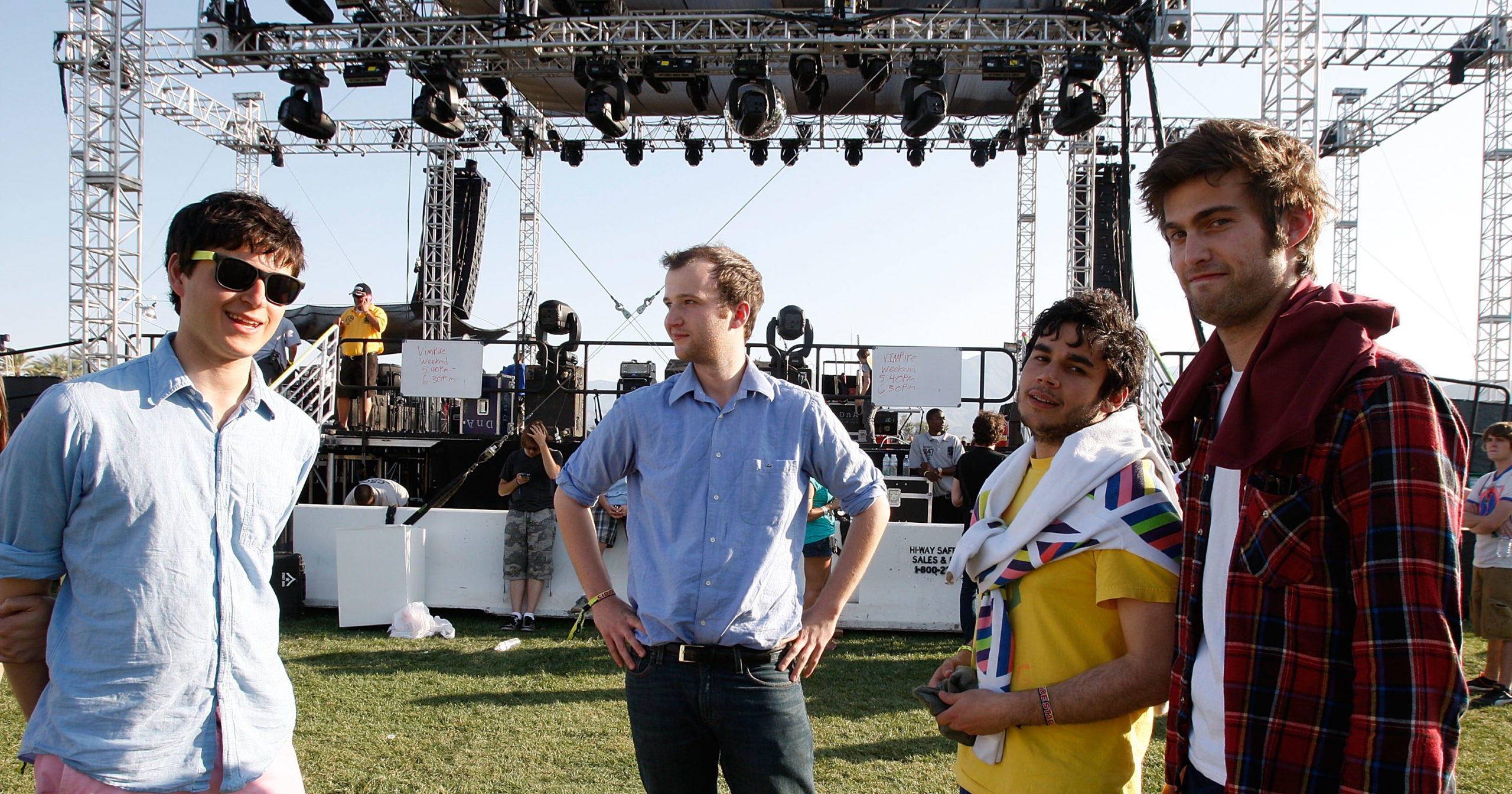 Sweaty nightclubs. Too much booze. Leather jackets. Those are just a few of the things that come to mind when you think of “rock ‘n’ roll.” But for a new indie rock group heralding from upper Manhattan, the drugged-up motorcycle scene of rock music past couldn’t be less appealing.

Their name is “Vampire Weekend,” and they’re the young rockers who are saying, “Yeah, we do care about grammar. But maybe, just maybe, grammar might just rock.”

Decked out in boat shoes, cable knit sweaters, and—if you can believe it—pants, the musicians behind Vampire Weekend look more like they’re about to discuss Nietzsche over Negronis than shred up the stage. It turns out, though, that this is all part of the band’s message that anyone—whether you wear pleated khakis or ripped jeans—can play guitar, bass guitar, other guitar, keyboard, and drums.

If that’s a bit too heady for you to parse, that might have something to do with the band’s Ivy League pedigree. Turns out, the future rockers met each other during their freshman year at Columbia University by chance after they were the only four people to enroll in the course Math 101. To this day, the band’s Columbia ties remain strong, as each of the four members are still living in the dorms, working as resident advisors. Yep, you read that right: looks like they haven’t been able to quit their day jobs just yet!

And while most rock ‘n’ rollers are writing songs about drugs, women, sex, and girls, Vampire Weekend is penning hits about Oxford commas (a British comma), Mansard roofs (a French type of roof), and A-Punks (the Italian word for punks).

That’s not to say these songs don’t carry a rock ‘n’ roll attitude. Take for instance the first lyric from their song, Oxford Comma:

Who gives a f*ck about an Oxford comma?

Kicking off a song with the F-bomb? Kurt Cobain is undoubtedly nodding his head in approval from Heaven!

But do the studious young men of Vampire Weekend have a full-time career in music ahead of them? Well, that’s still up for debate, but if their singles have been any indication of what’s to come, we’d say that Vampire Weekend is well on their way to becoming the first band ever to make the Dean’s List and the Billboard Charts!

Vampire Weekend can be seen opening for Ratatat this Friday at New York City’s Mercury Lounge.