Why Did It Do That? 5 Natural Disasters That Challenged Our Kinship With The Powerful And Mysterious Sky 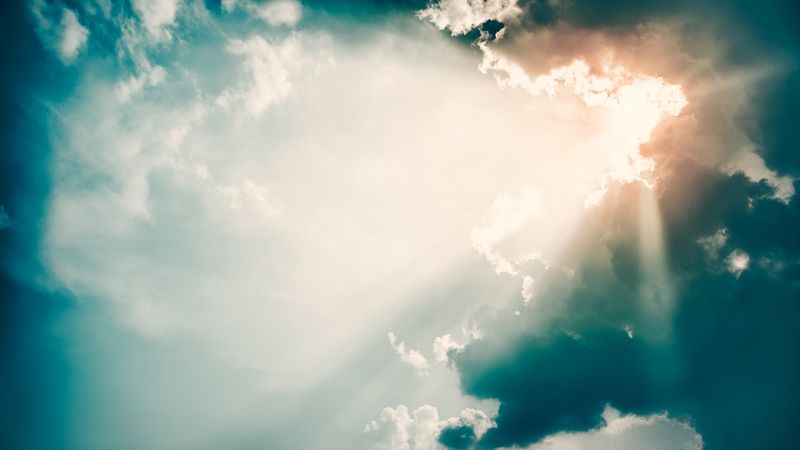 Since the dawn of creation, the large and mighty sky has faithfully hovered over mankind, offering us light, water, delicious birds, and other daily tokens of goodwill. We are grateful for its benevolence and consider it a friend, yet there are times when the esteem does not feel mutual, and the enigmatic sky turns its deadly force upon its terrestrial allies, leaving us startled and confused.

1. The Ch’ing-yang meteor shower of 1490: When we think of the sky, we think, The sky is good. The sky is the nice blue thing that brings us interesting clouds to look at, and we love it very much. But ever notice how sometimes the sky actually doesn’t seem all that good? That’s undoubtedly a conversation a lot of Chinese people were having in 1490, when the sky abruptly started hurling fiery rocks down onto the Shaanxi district, killing thousands of innocent civilians. It’d be one thing if the people at the time were being dicks to the sky—making lewd gestures at it, perhaps, or mocking it for not being able to read—but historical accounts suggest it was a totally random incident, cruelly inflicted upon the Chinese without rhyme or reason. You can generally count on the sky to be a staunch ally, but when it throws huge fits like this one, you can’t help but wonder what, exactly, it was trying to accomplish. It was a hurtful thing for the sky to do.

3. The North American drought of 1988: You’d think if there’s one thing you can count on the sky for, it’s providing rain for growing crops. But nope. During the late ’80s, the sky just straight-up stopped giving the Midwest rain for a couple of years without giving any indication why. There was dust everywhere, thousands of old people died from the heat, and farmers couldn’t grow any food. It was totally uncalled for, and honestly, the sky shouldn’t have done it. Rain is its main job. But the sky is strong and it does what it wants. We’re powerless to its whims. We can try to punish it with pollution or really big fireworks, but that would probably just make things worse. We need the sky way more than it needs us, and even though it can be a huge mysterious asshole, we need to accept that there’s not much we can do about it. You can’t discipline the goddamn sky.

4. Hurricane Katrina: What the hell was that all about? Jesus Christ.

5. Hurricane Sandy: Seriously, though, what’s with all the hurricanes? What makes the sky think, I should make a huge unstoppable cloud that ruins everyone’s shit? Just give us normal clouds, clouds that just sit there and don’t break cities. When the sky hurts us with hurricanes, it makes us feel like we’re not on the same team. It makes us feel shitty, and it makes us frightened to go up in airplanes, which operate at the sky’s mercy. The sky may be a vast, inscrutable fuck with a blatant disregard for proper civil decorum, but that doesn’t give it an excuse to indiscriminately own people with weather. It needs to grow the hell up. And it really needs to cool it with the natural disasters, especially if it has any interest in maintaining an amicable relationship with humans. But who knows if it does? The sky—God bless it—brings a lot of good to the table, but hell, sometimes you just can’t make heads or tails of the damn thing.