With The Money The U.S. Spends On Defense Every Year, They Could Be Paying Me A Billion Dollars To Eat My Dog 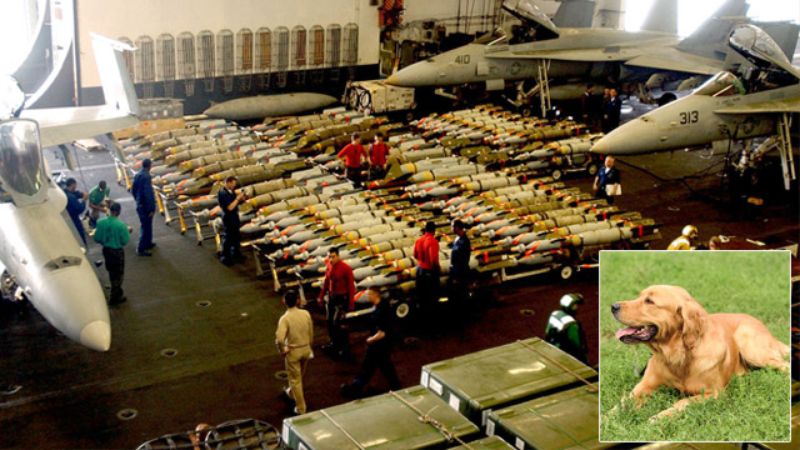 The U.S. spends more annually on defense than the next seven biggest-spending countries combined. In 2014, the next seven runners-up spent a combined $9 billion less than what the U.S. spent by itself. In fact, with the billions of dollars our government throws at defense every year, they could be paying me a fraction of that to eat my dog.

Let that sink in for a moment. Last year, our government devoted $610 billion to our military. With even just $1 billion of that, they could be buying 200 million children lunch, providing clean drinking water for 50 million people in impoverished countries, or paying me to cook and eat my beloved 3-year-old golden retriever, Allie.

The numbers are truly staggering. With the amount the U.S. uses to train even a single drone operator, they could get me to eat my dog’s leg. And she’s my best friend in the whole world. This isn’t even to mention the amount spent annually buying more nukes to sit in a hangar collecting dust. With that same money, they could undoubtedly get me to eat all 67 pounds of Allie—fur, skeleton, paws, and all.

…we’re looking at a sum of money capable of paying me to roast my dog on a spit while I wear a Hawaiian skirt.

Of course, I understand the U.S. needs a robust government. But between our stealth bombers, submarines, and body armor, we’re looking at a sum of money capable of paying me to roast my dog on a spit while I wear a Hawaiian skirt. And that’s truly shocking, because I once refused to even have her tail docked because I couldn’t stand to have her feel any pain.

Our bloated military budget is completely out of touch with our nation’s true needs. Children are starving. Our cities are crumbling. People are being crushed by medical bills and student loan debt. Things need to change. Because when your military defense budget is more than enough to get me to feed my dog to another dog and then eat that dog on national television, you know your priorities are all wrong.