Worth The Wait: After Sorting Out Their Scheduling Conflicts, Over 400 Musicians Are Ready To Play A Relief Concert For The Victims Of Hurricane Andrew 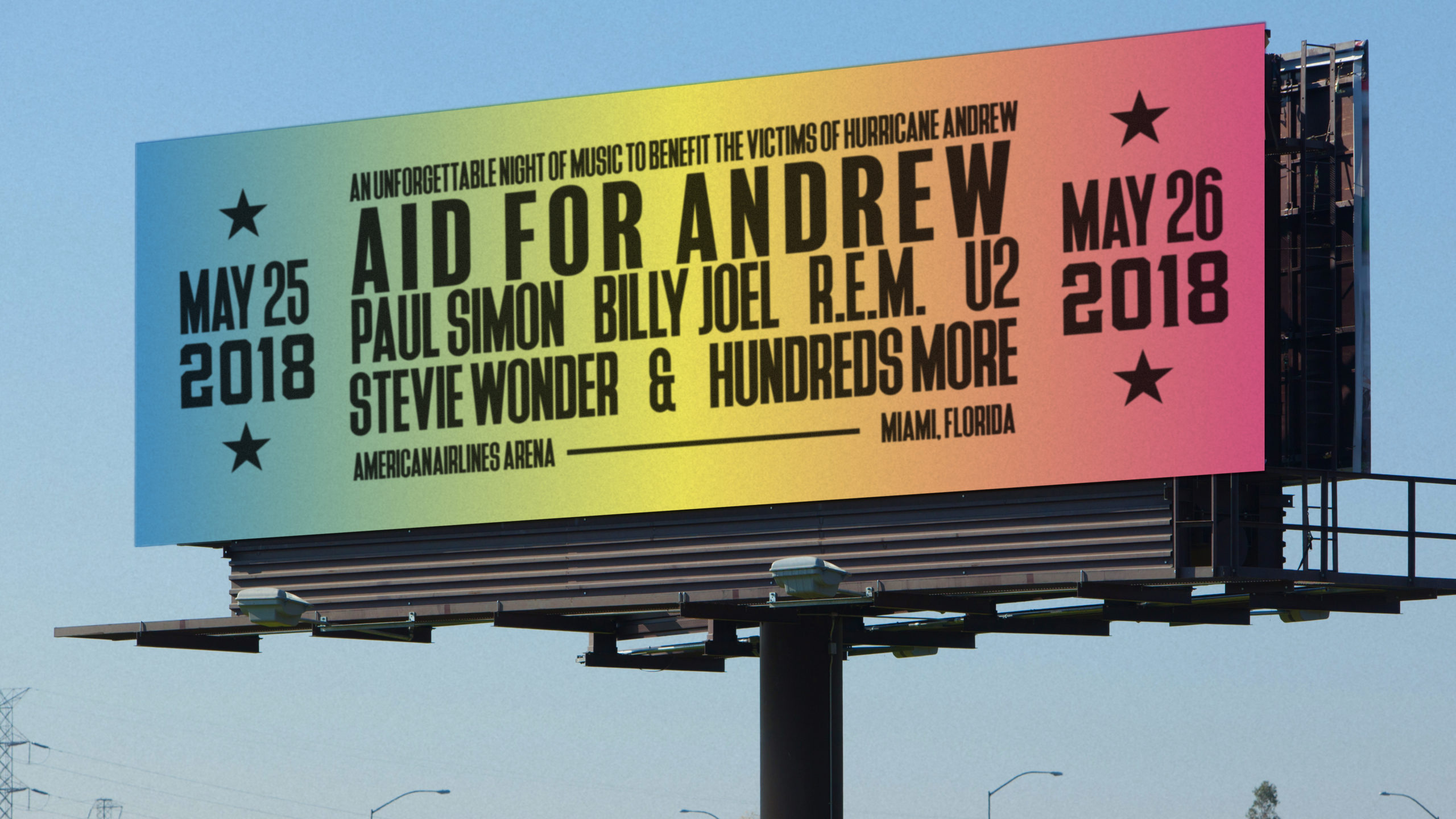 If you’re a music lover, hold on to your seat, because this is the charity collaboration of a lifetime: After spending nearly 30 years sorting out their scheduling conflicts, over 400 world-class musicians are set to play a relief concert for the victims of Hurricane Andrew.

Wow. This is guaranteed to be amazing.

When the Category 5 hurricane ravaged Florida and the Bahamas in August of 1992, celebrities knew they had to do something. And after ironing out everyone’s calendars, a group of 400 incredible musicians has finally set a date for an Aid For Andrew concert that will raise funds to help rebuild the areas that sustained billions of dollars in damage 26 years ago.

The absolutely stacked lineup features Billy Joel, R.E.M., U2, Stevie Wonder, Paul Simon, and 395 other artists who were finally able to find a time when they all had three spare hours on the same day in order to join together to help alleviate the destruction that Andrew left in its wake all those years ago. The concert will begin with Bono himself giving the audience a quick reminder of what Hurricane Andrew was in case there are people in the audience who have forgotten what it was over the past few decades, or who were born way after it happened. He’ll then perform an unforgettable duet with Bruce Springsteen, who just now found a free time slot in his schedule after touring nonstop during the ’90s.

Absolutely beautiful. It’s so incredibly kind that all of these generous celebs were willing to spend more than a quarter-century to settle on a time that worked for everyone’s calendars to come together and help the communities devastated by this terrible storm. It might have been a long time coming, but it sounds like the Aid For Andrew concert is going to be 100 percent worth the wait!