Wow: This Touching Photo Of A Cop Letting Protesters Warm Their Hands Inside His Mouth Will Move You To Tears 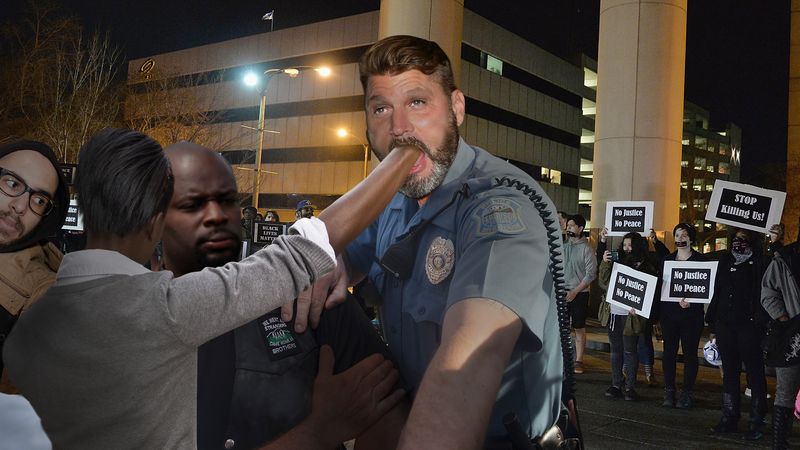 Wow. Now this is the kind of picture our country needs right now.

During a public demonstration against police brutality in St. Louis this week, a freelance photographer caught this incredible moment in which an on-duty police officer allowed several protesters to take respite from the chilly weather by warming their hands inside his mouth. Those who witnessed the act of kindness say that the officer—later identified as Sgt. Michael Nowal—approached the protesters, explained that he was there to serve them, and then invited them to stuff their cold hands into the cozy warmth of his mouth.

Within minutes of hitting the internet, the photo went viral, racking up more than 100,000 retweets in less than an hour and kicking off the popular hashtag #warmhandswarmhearts. Inspiring.

This just goes to show that, no matter who you are, black or white, you deserve to shove your hands wrist-deep into a police officer’s mouth. Share this story if seeing cops enveloping strangers’ frigid hands in their mouth rejuvenates your spirit.