Yeah Right: This 8th Grader Claims He Has A Girlfriend In Canada Even Though Everybody Knows He’s Married To Barbara Corcoran 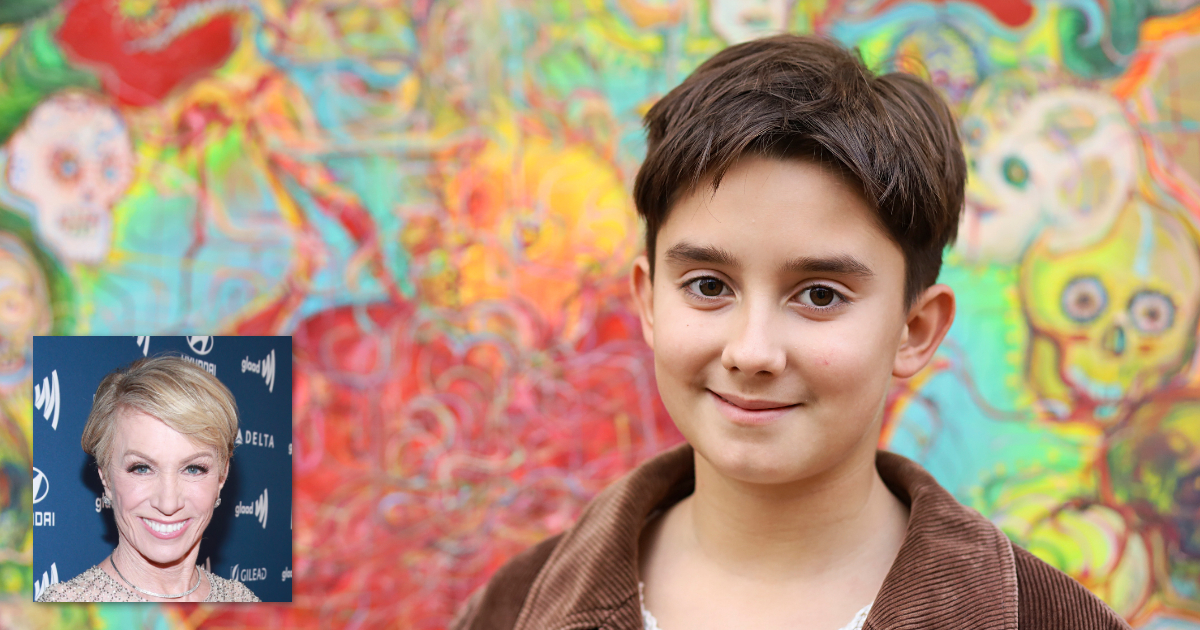 Get ready for a seriously cringeworthy story, because this boy at Robert F. Wagner Middle School clearly thinks that everyone’s buying his very obvious lie: This 8th grader claims he has a girlfriend in Canada even though everybody knows he’s married to Barbara Corcoran.

C’mon man. Give us a break.

Despite the fact that Barbara Corcoran literally posted a photo of him sipping Sprite on the couch on her Instagram last week with the caption “Chillin’ with the hubby,” 13-year-old Gavin Whittaker is currently attempting to convince his friends that he has a girlfriend, and that the only reason they don’t know her is that she “lives in Canada.” Tragically, Gavin doesn’t realize that no one believes a word of his story about how he met a girl named Rachel while he was at Niagara Falls over the summer—especially because paparazzi photos confirmed that he was at Niagara Falls for his and Barbara’s honeymoon trip, which had been delayed fifteen times due to Covid restrictions and seven different food poisoning incidents.

Look, Gavin, just because you’re jealous that some of your friends have girlfriends and all you have is a 72-year-old wife doesn’t mean you need to lie about it.

Although Gavin is trying his best to make his “girlfriend” seem real by adding details about her long blond hair and field hockey skills, any possible truth to the story is totally undercut by the wedding band on Gavin’s finger with an inscription that reads “BC4E,” which everyone knows stands for “Barbara Corcoran Forever.” After one of Gavin’s friends egged him on and told him he should bring Rachel to the football game this weekend so everyone can meet her, Gavin said he’ll actually be flying to Toronto to celebrate Rachel’s birthday, but a quick look at Barbara Corcoran’s personal website will tell you that he’ll be her plus-one at a fan meet and greet in a Dayton Ramada.

Facepalm. You’ve gotta chill out, Gavin! Just accept yourself for who you are —sure, you’re Mr. Barbara Corcoran for now, but that doesn’t mean you’ll never have a girlfriend.

Even though he’s received countless eye-rolls from his friends, Gavin just added that he even had his first kiss with Rachel before they parted ways at Niagara Falls, which is maybe the most ridiculous element of the whole story considering the fact that Gavin lost his virginity to Barbara the night they met over three years ago—a moment that was immortalized on a season 9 episode of Shark Tank in which Barbara announces, “You know, I took my new boyfriend’s virginity last night,” before holding up a photo of Gavin.

Good Lord. Here’s hoping Gavin drops this whole act soon, because as long as his wife is still responding to Shark Tank pitches by saying, “My 13-year-old husband would love this,” no one’s going to believe he has a Canadian girlfriend for a second. Grow up, Gavin!