Yet Another Campaign Fail: Dr. Oz Just Tweeted That He Spent The Afternoon Hanging Out With The Phillie Phanatic But The Photo Clearly Shows It’s Just A Hairy, Green, Birdlike Man 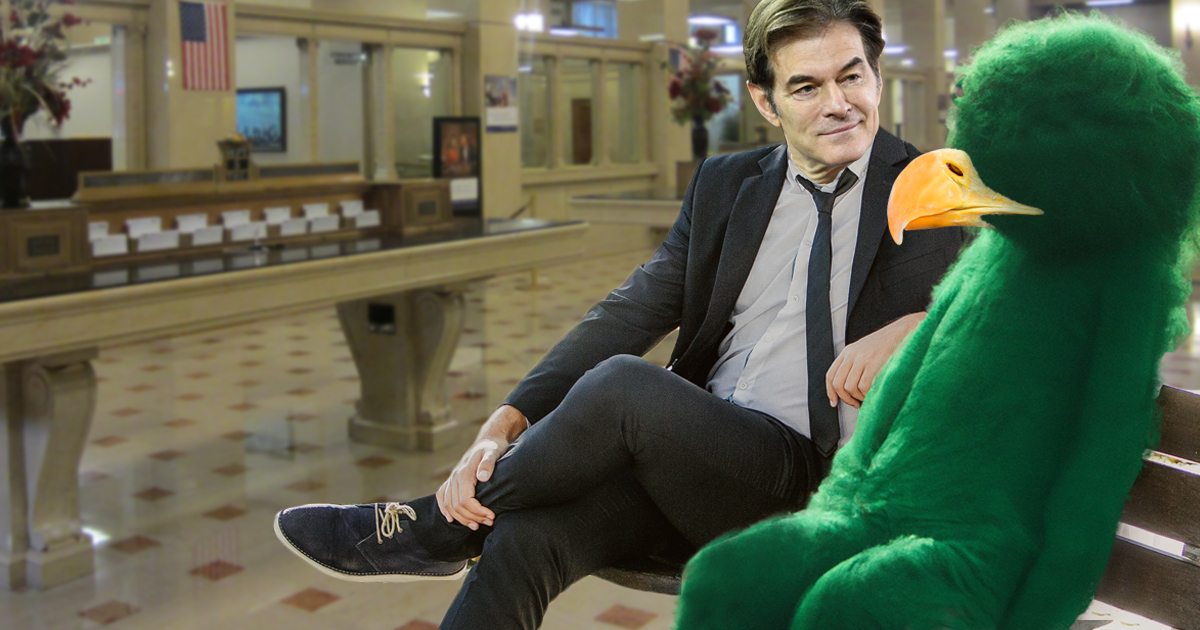 Dr. Oz ’s senate campaign in Pennsylvania has been full of consistent missteps that suggest he has no real understanding of the state where he’s running for office, and his latest move might be his most embarrassing gaffe yet: Dr. Oz just tweeted that he spent the afternoon hanging out with the Phillie Phanatic but the photo clearly shows it’s just a hairy, green, birdlike man.

Yesterday, Dr. Mehmet Oz, the Republican candidate for Senate in Pennsylvania, reportedly spent the afternoon campaigning in Philadelphia, after which he posted the following tweet: 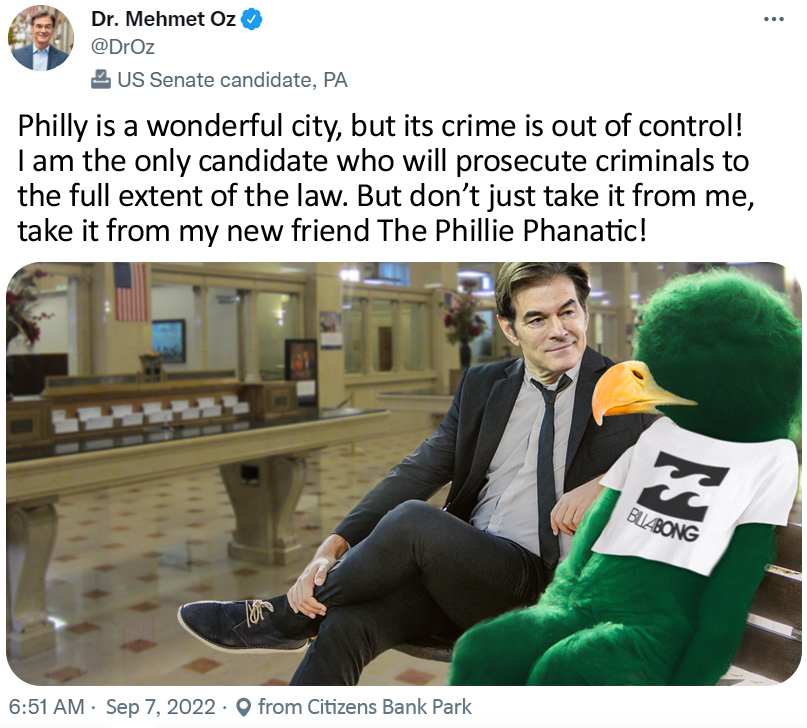 Almost immediately, Dr. Oz received hundreds of replies from Twitter users pointing out that he is obviously not posing with the mascot of the Philadelphia Phillies, but rather an enormous man-bird hybrid covered in green fur who appears to have no affiliation with Major League Baseball in any way. Twitter users quickly piled on Dr. Oz with replies like, “Say you’re not from PA without saying you’re not from PA,” “Just bc someone has a beak and is covered in fur doesn’t mean they’re an MLB mascot,” “That’s literally just my cousin Brian lmao,”  and “You’re at a Citizens Bank.. not Citizens Bank Park.”

The day quickly got even worse for the Dr. Oz campaign when his Democratic opponent, John Fetterman, quickly responded with a meme making fun of the candidate’s obvious confusion: 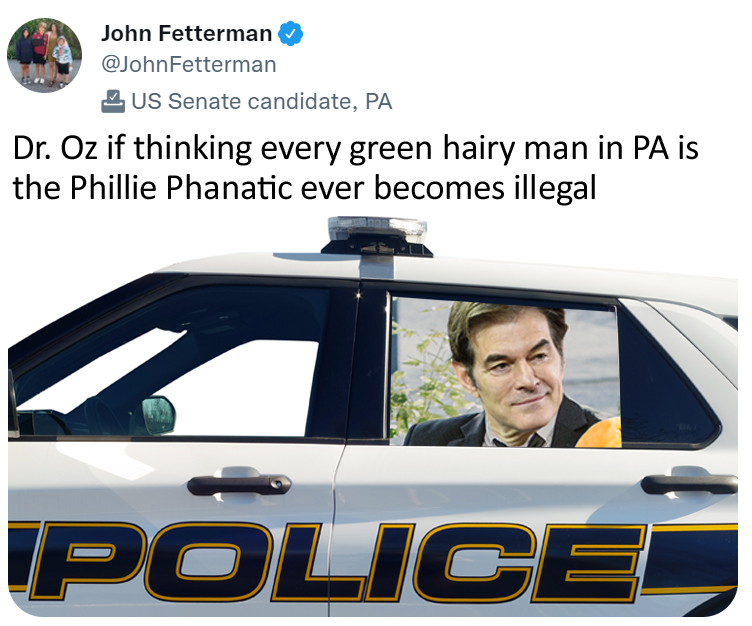 Woof. This is definitely not winning Dr. Oz any Philadelphia supporters. It’s hard to convince voters that you care about the state of Pennsylvania when you go around assuming every green humanoid bird monster you see is the Phillie Phanatic.

Dr. Oz clearly tried to rectify the situation by replying to Fetterman that this was indeed the Phillie Phanatic, and he would know, because they spent the afternoon listening to reggaeton and throwing around a football together. However, this tweet only led to Dr. Oz getting dunked on by even more Twitter users who jumped at the chance to tell him he doesn’t even know what sport the Phillie Phanatic is a mascot for.

Yikes. It’s safe to say that political blunders like this are not doing any favors for Dr. Oz’s campaign. If he wants to prove to Pennsylvanians that he’ll actually be able to represent them in Congress, he’ll need to start proving he knows a thing or two about Pennsylvania ASAP, and that he can tell the difference between a random green bird man he passes on the street and the real Phillie Phanatic. If he doesn’t get his act together soon, “Senator Mehmet Oz” isn’t looking too likely.