Yikes, This One’s On Them: Thousands Of Endangered Turtles Have Been Found Dead After Auto-Erotically Asphyxiating On Plastic Six-Pack Rings 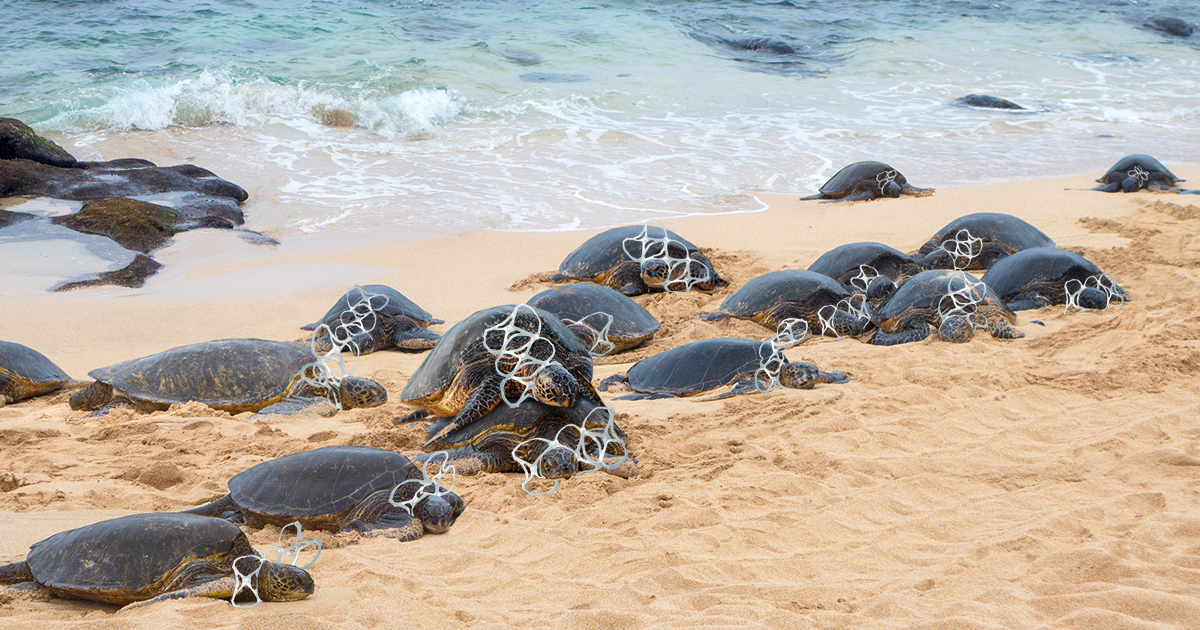 Pollution in the world’s oceans has produced one of the greatest ecological crises the planet has ever experienced, and, troublingly, it now appears that things may only be getting worse: Thousands of endangered turtles have been found dead after auto-erotically asphyxiating on plastic six-pack rings.

Yikes. While this is undeniably terrible, it is definitely a self-imposed tragedy on the turtles’ part.

Earlier today, a team of marine biologists at Stanford University announced that they’d discovered a flotilla of approximately 4,000 dead, blissed-out green sea turtles with plastic six-pack rings around their necks decomposing in a lagoon off the U.S. Virgin Islands, indicating mass accidental death via reckless self-pleasuring. The researchers later confirmed this theory after spotting another pod of the turtles in a neighboring coral reef engaging in similar behavior, provocatively slapping their yellow-hued bellies with one fin while rapidly plunging their cloacas with the other, the plastic soda rings around their necks stifling their rapturous churrs and causing their eyes to bulge disturbingly from their skulls.

“While man-made pollution certainly poses a grave threat to marine animals, this alarming pattern of harmful sexual behavior involving six-pack rings we’re seeing among sea turtle populations suggests that they may very well be their own worst enemies,” said Dr. Richard Abdelati, the lead researcher on the project. “That said, rigor mortis preserved many of the turtles’ dying expressions, and nearly all of them were grinning in ecstasy. So seems like they at least went out doing what they loved.”

God, what a mess! These turtles really need to get their shit together.

Unfortunately, as humans continue to dump over 15 trillion pieces of plastic into oceans each year, it is likely that turtles will keep finding newer and more dangerous ways to use pollution to get themselves off. We can only hope that the world’s sea turtles learn some self-control before its too late and all of them have died from auto-erotic asphyxiation. If they can’t figure out how to achieve a satisfying orgasm without choking themselves with garbage, their future looks grim indeed.