Yikes, Who’s Gonna Tell Him: This Hermit Crab Is Using A ‘Louie’ Season 3 DVD Case As A Shell 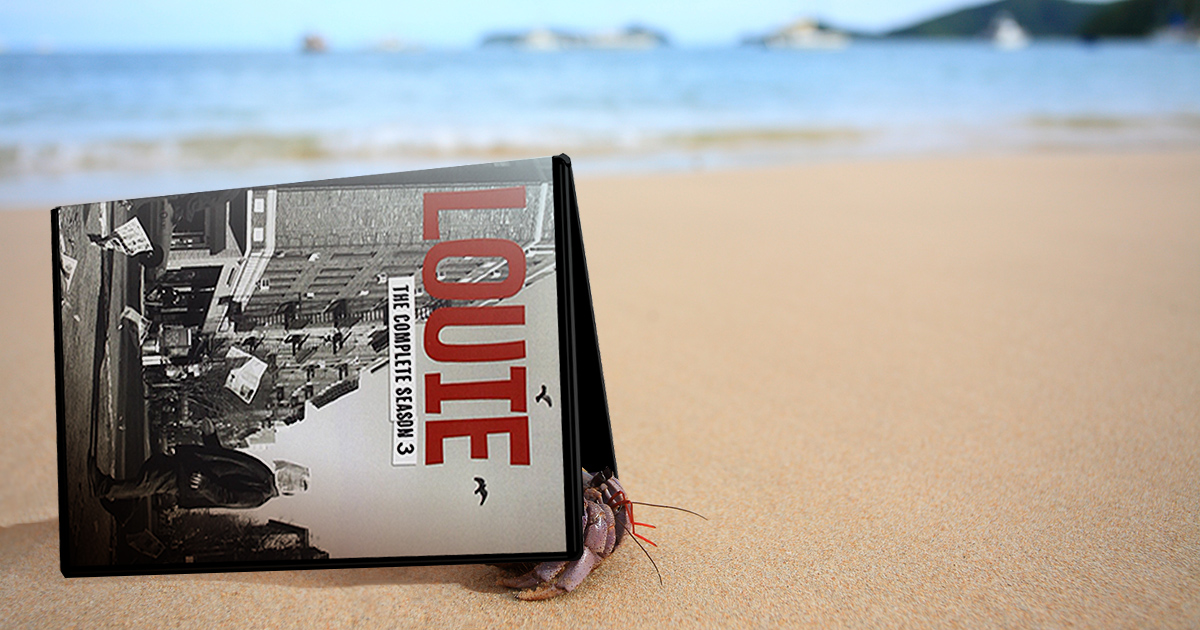 All right, well, this is awkward. We really don’t want to be the ones to intervene here, but somebody’s going to have to say something: this hermit crab is using an old Louie DVD case as a shell.

This hermit crab, who is living on a beach in Key West, clearly outgrew his old shell recently, and he seems to have taken up residence in a discarded DVD case for season 3 of Louie, Louis C.K.’s semi-autobiographical HBO series about living in New York City as a middle aged divorced dad. Unfortunately, the hermit crab is blissfully unaware that Louis CK is pretty much universally cancelled at this point due to years of sexual misconduct in the comedy community. While there’s nothing inherently wrong with living in a Louie DVD case, it’s nonetheless not a good look for the hermit crab, and someone needs to break the news to him, STAT.

Poor hermit crab. He looks so comfy in there.

The whole Louis CK cancellation thing is sort of a third rail topic, and we’d really prefer not to bring it up with this hermit crab. The poor creature clearly just needed somewhere to live, and we can’t fault him for picking a DVD case that washed up onshore. However, this particular DVD case advertises an episode of Louie where Louis CK literally does the same exact non-consensual sex stuff he was eventually outed for doing in real life, which is not ideal. We’d like to think it wouldn’t be too much trouble for this crab to extricate himself from the DVD case and find a nice shell to live in—or even just a DVD case from a less problematic comedian’s TV series, like Lady Dynamite, or SNL’s The Best Of Will Ferrell. But for that to happen, someone’s gonna need to have an awkward conversation with him first.

God, how would you even go about trying to explain this to a crab? We truly don’t know. Hopefully someone finds a way to break the news to him soon, though, because surely this crab has no interest in being a walking billboard for a sex predator.