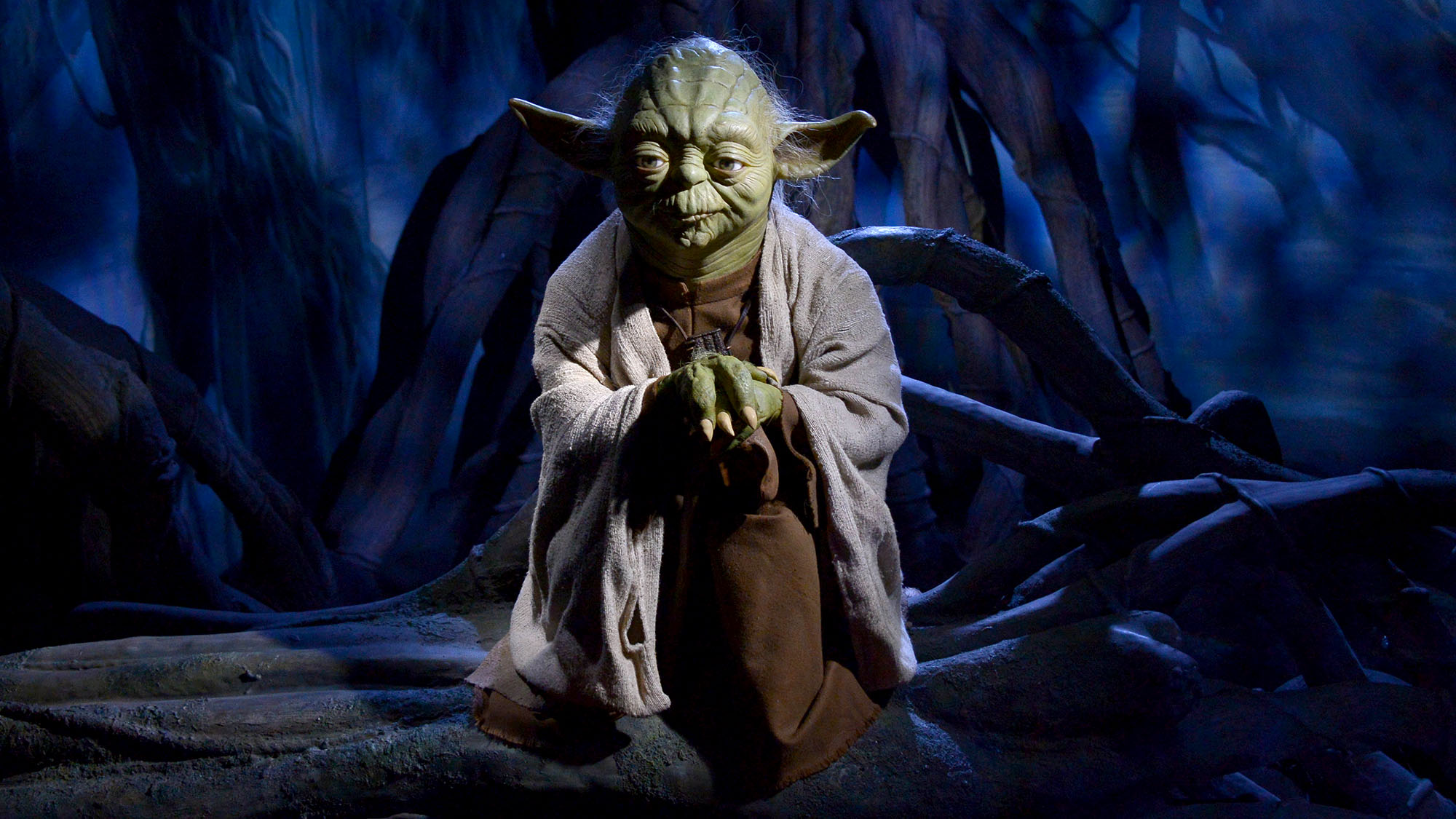 It’s been nearly 40 years since Yoda first appeared onscreen in The Empire Strikes Back, but there still seems to be a little confusion regarding how the character was meant to be perceived. Some fans of my films have let their imaginations run wild thinking that Yoda is supposed to be some kind of fantastical alien creature, but I assure you that was never my intention. I’d like to clear up, once and for all, any notion that Yoda is supposed to be anything other than a totally normal guy.

Yep, sorry if this is a letdown, but Yoda is just a regular person.

There are all sorts of crazy aliens and monsters in the Star Wars universe, but Yoda isn’t one of them. Look at Jabba the Hutt or Admiral Ackbar: They look nothing like humans. It’s obvious they’re supposed to be bizarre aliens. Yoda, on the other hand, has his eyes and ears and everything right where a human’s are. So the guy’s got a few wrinkles and is going a little bald. Just because Yoda isn’t young and conventionally attractive like most people in movies doesn’t make him some sort of weird alien. In the Star Wars universe people get old just like they do in the real world. Yoda is just an everyday, working-class guy who speaks with a bit of an Irish accent and likes to hang out in the swamp with his buds. Pay attention to the movies and it’s obvious that he’s just as human as you or me.

In a universe filled with larger-than-life heroes and villains, Yoda was meant to stand out as a regular guy everyone could relate to. After Star Wars fans mistook him for some great powerful creature in The Empire Strikes Back, I gave him bronchitis in Return Of The Jedi to show that he doesn’t have any sort of special powers outside of being a generally good dude. When people still seemed to think he was some kind of space alien, I figured showing a younger version of Yoda in The Phantom Menace would clear up that there was nothing unusual about him besides the typical effects of aging, but people still didn’t seem to understand that he was just an average, everyday guy.

To be clear: Yoda is supposed to be the kind of unpretentious guy you can crack a beer and watch the game with. A no-nonsense sort of fellow who can get along with anyone, who lives in a rural area outside of Milwaukee. Watch the Star Wars films again with that in mind and I bet everything will make a lot more sense.