You Call This A Bounty? This Cornucopia Is 100 Percent Cucumbers 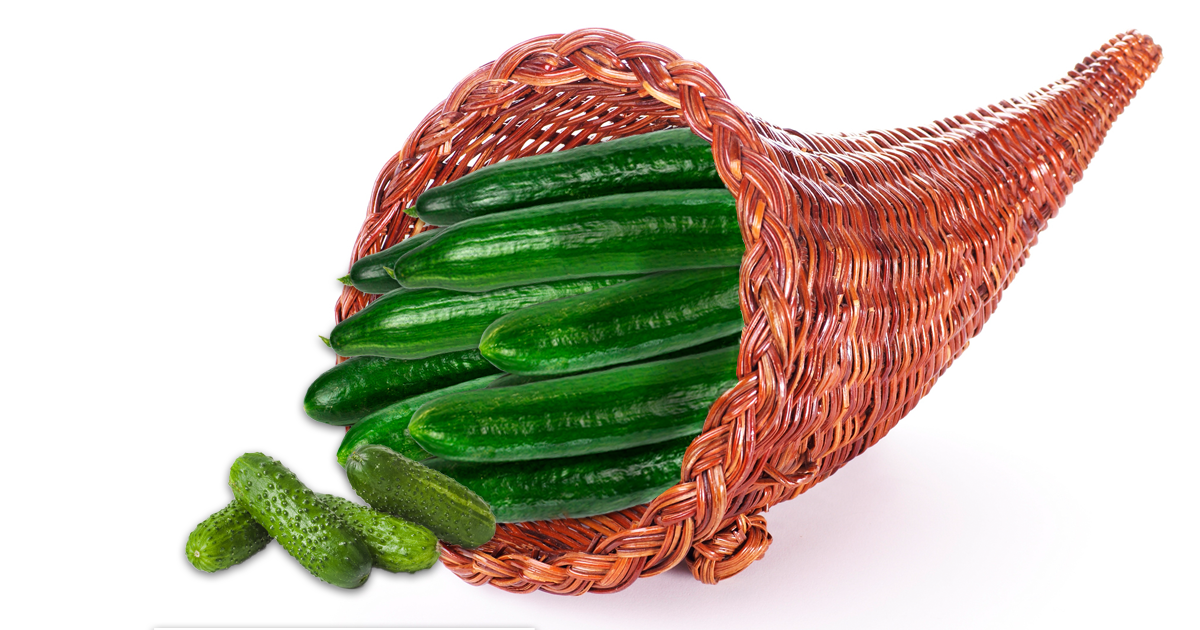 We’ve seen some real dogshit symbols of abundance in our day, but whatever asshole slapped this one together may have just set an all-time low: This cornucopia is 100 percent cucumbers.

Any idiot knows that when you want to represent a rich and bountiful harvest, your go-to symbol should be a big horn-shaped basket overflowing with a colorful assortment of fruits and vegetables, but unfortunately the dumbass who shat out this cornucopia didn’t get the memo because they bafflingly decided to fill it with nothing but cucumbers. Now don’t get us wrong, cucumbers definitely have their place in a proper cornucopia if you’ve also got squashes and tomatoes and grapes and the like, but it’s insane to think that they can carry the whole thing on their own. If someone lays this cornucopia out on your table, you’re not praising the gods for the fruitful yield of your fertile lands—you’re butchering the mule and still starving to death before there’s even snow on the ground.

It’s genuinely wild that someone was able to look at all these cucumbers and think, “Yeah, that sure looks like a bounty alright.” Maybe this feels plentiful if the most produce you’ve ever seen at once is two or three cucumbers, but to anyone with normal expectations of harvest iconography this just feels dire and pathetic. An overflowing basket of potatoes, now that we could almost understand. They’re filling, and relatively nutritionally complete. But just cucumbers? Sorry, but not in a million years could we ever consider this charade a legitimate Horn of Plenty.

Hell, we’ve seen greater bounties of produce next to the register at Starbucks.

We honestly feel like we’ve been more cursed by the harvest gods than blessed by them after having seen this pitiful little display. Plenteousness and agricultural prosperity feel very far away when you’re looking at an array of wall-to-wall cucumbers like this. If this is sincerely the best celebration of the land and its gifts you can possibly throw together, please believe us when we tell you it’d be better just to not do anything at all.

Boy, this thing has really ruined our day. Here’s wishing good luck to whatever moron put this mess together, because if all your harvest could shit out was a few dozen cucumbers that won’t even last you through the first month of winter, you’re sure as hell gonna need it!