10 GIFs We’d Like To See Turned Into Broadway Musicals 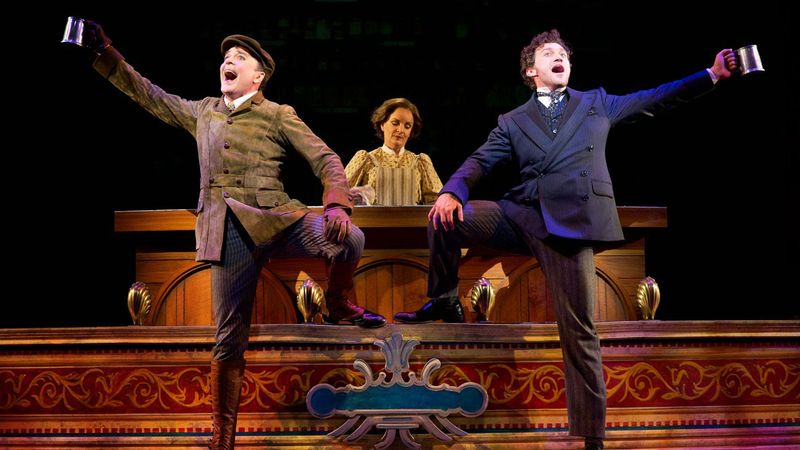 There are some truly amazing GIFs out there. Here are a few we’d love to see adapted for the stage as big Broadway musicals!

1. Personally, we think this GIF has always been more suited for the stage than the computer screen.

2. The title of Me When I Forget To Bring Lunch And I See Someone Eating Theirs might need to be rejiggered if it’s going to fit on a marquee, but there’s no denying this GIF deserves the full Broadway treatment.

4. In his one-man show based on this GIF, Rob Gronkowski would take us on a journey through his touchdown celebration with a mixture of song, dance, and refreshingly candid soliloquy.

5. The Broadway musical of this GIF would delight audiences and critics alike with songs like “Slow-Mo GIF” and “The Definition Of Awesome.”

6. With his unique gift for complex musical composition and lyrical wit, renowned composer Stephen Sondheim would be the perfect person to bring a GIF as multifaceted as Chimp Boat to life on the stage.

7. The musical adaptation of this GIF would tell the rousing story of an insane optical illusion that loops perfectly. Think On The Town meets A Chorus Line, but edgier.

8. We are well aware that this is a GIF from the Broadway musical Wicked, but we believe it’s rich enough to warrant a musical adaptation of its own.

9. Lights rise on a wall. Our protagonist enters upstage right, executing an amazing backflip off the wall. He does this over and over again while singing the opening song, “If This Wall Were A Floor (I’d Run Across It).”

10. The musical adaptation of this heart-wrenching GIF, starring none other than Victor Garber, would surely be considered a triumph by audiences and critics alike.