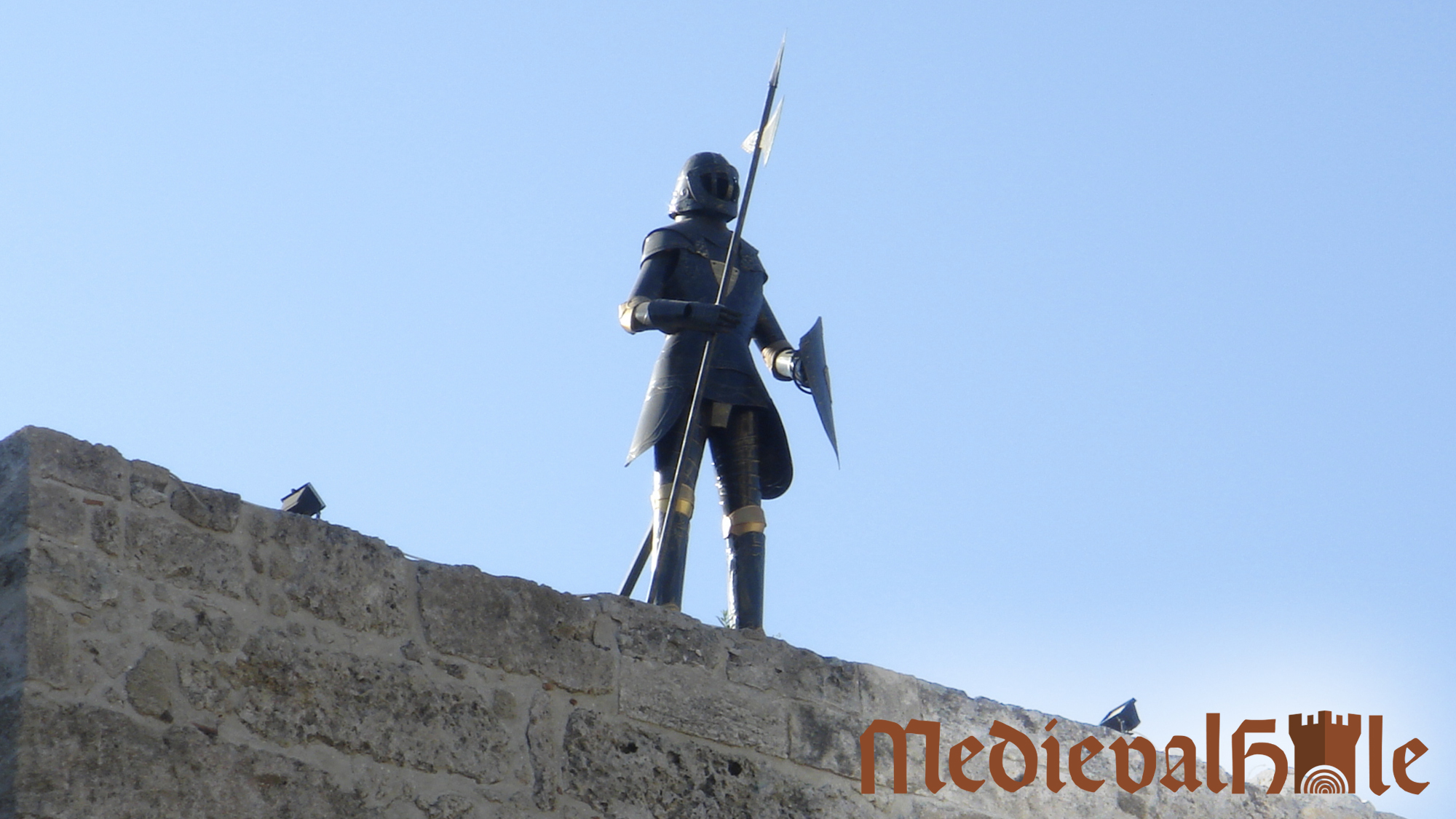 For a knight, one of the worst parts of going to war is definitely how hot and sticky it can get on the battlefield, though on the whole it’s not as bad as the high probability of a gruesome death. Here are five tips for staying cool in your knight suit this summer even though it’s definitely hard to focus on that kind of thing when you’re fighting in a battle.

It’s totally fair if body temperature is the last thing on your mind as corpses fall to the floor around you like rain, but if you can distract yourself from the horrifying carnage for a moment and want to beat the heat during sizzling summer warfare, the best thing you can do is shed some of that heavy tempered steel encasing your entire body. Lighten things up by losing your chainmail, slipping out of your knee-length linen underwear, and going au natural underneath your plated armor! It might be a little hard to enjoy how much cooler you feel if you end up getting stabbed through your breastplate without the chainmail to protect you, but you’ll feel nice and cool during your last few moments of life!

2. Fight on whatever side has more shade

Finding a good spot in the shade is one of the simplest ways to defend against the oppressive heat of a metal battle suit, if that’s even something you have time to think about during a terrifying fight to the death. If you’re not already on the side with the nice, cool shadow coming off the castle wall. Getting into the shade is probably not going to be a top priority for you when you’ve got thousands of soldiers trying to brain you with maces and swords, but if you can find a spare moment to get out of the sun, you’ll definitely be more comfortable during the war!

3. Poke a lot of little holes in your armor

Anyone who has made it through a weeklong siege covered head-to-toe in armor knows two things: They are lucky to be alive, and breastplates DO. NOT. BREATHE. Here’s a tip—next time you’re heading out to battle, if you can manage to keep your hand from shaking with fear, try poking a bunch of little holes in your armor and notice how much breezier you feel! It definitely won’t prevent you from getting butchered alive by the ax-wielding barbarians invading your village, but you’ll be a little less sweaty overall, which is nice.

4. When in doubt, charge a horse at something to get air flowing

Riding a horse at top speed is a great way to generate a nice little breeze on a hot day, though granted, you probably won’t be able to enjoy the cool air since you’ll have to dedicate most of your attention to not getting speared like a piece of meat on the end of a pike. If you think you can handle that, though, definitely give horseback riding a try!

This cool-down trick is pretty easy as long as you don’t mind really riding the line between our mortal plane and whatever lies beyond it. Just let your guard down early on and allow an enemy to land a clean hit of a battle ax somewhere near your jugular, and you should lose enough blood by the cavalry’s third attempt on the castle wall to start feeling extremely cold regardless of how boiling hot it is outside. It definitely works for at least a few minutes. Give it a try!

From the creators of The Simpsons, Disenchantment is now streaming on Netflix.