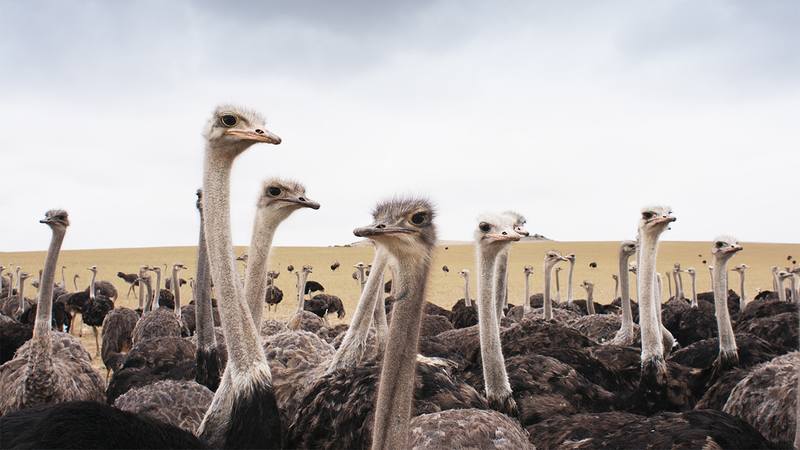 If you’re known as the ‘Ostrich Whisperer,’ an ostrich ripping your face off can have disastrous consequences on your career. Here are five foolproof tips for convincing everyone that you’ve earned back your former title.

1. Explain that you commanded the ostrich to rip your face off with nonverbal cues: Emphasize the fact that you’re familiar enough with any ostrich to wordlessly dictate its behavior and command it to claw off your face. After people hear your account of the ostrich ripping your lips off because you had the ability to instinctively communicate with it, they’ll be back to respecting you as the Ostrich Whisperer in no time.

2. After you get facial reconstruction surgery, write touching posts about how spending time with ostriches helped you heal faster: If you want to keep your mantle as the Ostrich Whisperer, you need to create a positive image of your relationship with ostriches, and there’s no better way to do that than to show how much they supported you during your recovery from emergency surgery on your mangled face. Try to write social media statuses about their devotion, or post photos of them at your bedside. The more you lean into how the ostriches are helping you, the less people will ask, “How did your face get ripped off?” Change the narrative!

3. Share videos of the cute baby ostriches who mimicked your behavior when you writhed on the ground clutching the raw flesh of your face: Post the adorable footage of the dancing baby ostriches who imitated your behavior when you thrashed around on the ground after an aggressive male at the ostrich farm named Apollo tore your face to shreds. Just make sure to crop out you grabbing your bloody facial cavity, and make sure to drop some nice music in so people can’t hear you screaming, “I gave you my life, why would you do this to me?” That will really hurt your credibility as the best ostrich medium in the tristate area.

4. Schedule television appearances with the ostrich that nearly killed you to show that you’re on good terms: If you want to convince people that you are one with every ostrich, no matter its past, you need to prove to them that you’re closer than ever with the ostrich who mutilated you. By appearing in heartwarming interviews and fun bits on the TV circuit with the ostrich who ripped your face off, you’re proving beyond any doubt that you are the true Ostrich Whisperer, assuming you don’t have crippling PTSD. Try to make a lot of statements like, “I’ve known Apollo since he hatched,” and, “We’ve come so far together,” without trembling or weeping. Just make sure to have someone with a machete nearby in case the ostrich goes into bloodlust mode again and wants to peck the scar tissue off what’s left of your face!

5. Write a heartwarming memoir about the struggles of raising a baby ostrich when you don’t have a face: People are won over by inspiring stories. And if they read an emotional account of what it was like to raise an orphaned ostrich while reckoning with your life without a face after it was shorn off by the razor-sharp talons of an ostrich, they’ll be on your side. Your reputation as the Ostrich Whisperer will be safe for good, and if the ostrich doesn’t come back to finish the job, you should be set for life.