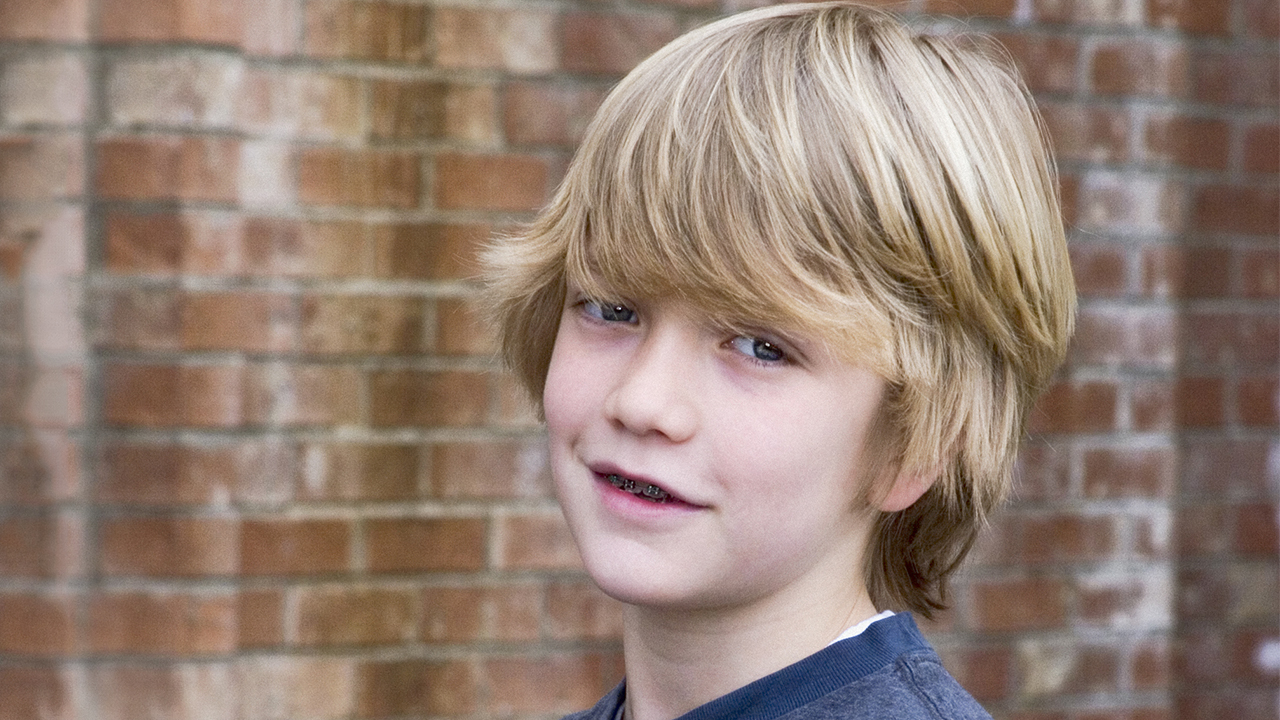 Brandon’s dad never comes to soccer games or school field trips and clearly doesn’t live with Brandon and his family, but Brandon is always making up totally dumbass excuses as to why. Here are six reasons Brandon gave for why his dad isn’t around that everyone can tell are grade-A bullshit.

1. He’s on the Olympic basketball team: When Brandon’s dad didn’t come to the sixth-grade production of Into The Woods this month, Brandon made a big show of telling everybody that his dad couldn’t make it because he was busy being a power forward on the U.S. Olympic basketball team. Seriously, Brandon? The last Summer Olympics were a long-ass time ago, and we would have noticed if someone with your last name who looked like you had been competing. We all know your dad isn’t around these days, but we’re not fucking buying that it’s because—at age 43—he made it onto the Olympic basketball team. Jesus Christ, Brandon, do you think we’re all idiots or something?

2. He’s having surgery to get his arm replaced with a super-strong bionic arm: Yeah, this one is some pure goddamn horseshit. The other day when someone asked Brandon if his dad was going to pick him up from soccer practice, he told this elaborate story about how his dad got selected by the U.S. Army to test out a bionic arm it developed strong enough to punch straight through an alligator’s skull. When someone asked him why the U.S. Army would need that, Brandon said that it was so it could finally kill the alligator that assassinated Martin Luther King Jr., but when Kody pointed out that it wouldn’t make sense for Brandon’s dad to be the one to do that since he’s an electrician and not in the military, Brandon just said that he was late for gym class and ran off. We don’t know whether Brandon’s dad got sick, or he left, or he got a job in a different town or something, but it’s pretty obvious that he isn’t at the Pentagon having surgery to get a bionic arm.

3. He had to go into the witness protection program after he saw El Chapo rob a Starbucks: According to Brandon, his dad had to change his name to “Max Desastre” and move to Iceland so that he wouldn’t get murdered for watching El Chapo rob a Starbucks. More fucking likely he had a fight with Brandon’s mom and went down to Florida to live with his older brother for a while.

4. He’s trapped at the top of Kingda Ka: This year when Brandon’s dad didn’t make it to Brandon’s birthday party, Brandon said it was because his dad had been trapped at the top of Kingda Ka for three months and the fire department couldn’t figure out how to get him down. Aside from the fact that there’s no way it would take more than a day to get somebody down from there, Brandon basically used the same excuse last year when he said that his dad got stuck against the wall of the Gravitron ride at the boardwalk and a team of scientists from MIT had to come in and reverse the centripetal force that was pinning him there. Either way, Brandon just needs to own up to the fact that his dad is definitely not living with him at the moment.

5. He became a live-in nurse for Eminem: Brandon, what the fuck? It’s fine that your dad isn’t around for some reason, but stop trying to act like it’s because he’s Eminem’s live-in caretaker. Brandon seems to expect us to believe that Eminem’s agent hired Brandon’s dad to feed Eminem every two hours, because if Eminem gets too hungry he’ll go berserk and write another mean song about his mom. Plus, Brandon keeps adding all these details about how his dad lives in Eminem’s shed, and the shed is full of poisonous spiders, but the poisonous spiders don’t bite his dad because they’re loyal to Eminem and they know he’s Eminem’s friend. Basically, none of that makes any fucking sense, and it’s pretty clear that Brandon is making it up on the fly every time he explains it. This has to be one of Brandon’s all-time most-bullshit excuses for why his dad isn’t around.

6. He’s nocturnal: Brandon obviously only came up with this one after learning about bats’ sleep cycles in science class, and he kind of half-assed it too—all he said was, “You guys haven’t seen my dad at my house because he’s nocturnal,” and left it at that. Here’s a suggestion, Brandon: Try at least waiting till the day after we read a whole textbook chapter on nocturnal animals to come up with a bold-ass lie like this one. And if your dad moved states to try to find work, you can just come out and say that.