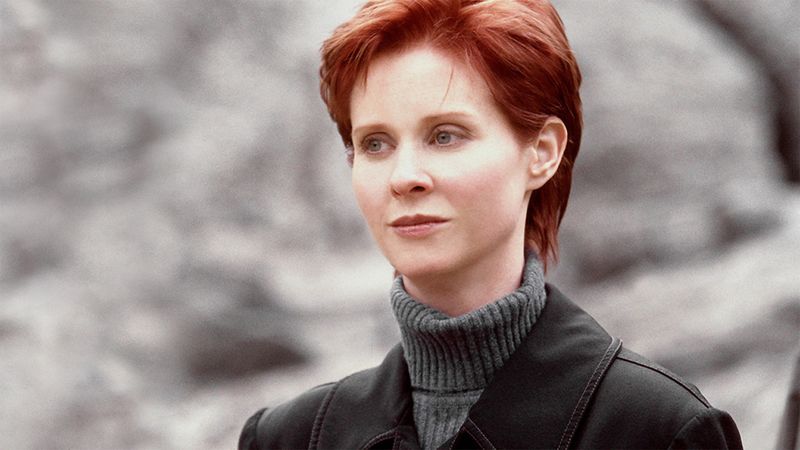 No one wants to be the Miranda of their group!

The times Miranda would belittle her on-again, off-again boyfriend, Steve, for no reason are too numerous to count, though nothing she did was as bad as Osama bin Laden carrying out the largest terrorist attack on U.S. soil in history, assuming that 9/11 occurred in the show’s universe.

Charlotte gives her a run for her money, but Miranda’s constant whiny phone calls make her the last person in the show’s universe, save for presumably Osama bin Laden, you would ever want to hang out with.

3. She has poor taste

The time Miranda wore overalls with a puffy coat was a downright travesty, though not nearly as bad as what Osama bin Laden did, if we can presume he existed somewhere in that world.

It’s true that no character in SATC ever mentions Osama bin Laden by name, but there’s also no compelling evidence that suggests this 21st-century depiction of New York City exists in a world where the Twin Towers are absent for a reason other than the 9/11 attacks. For this reason, Osama bin Laden is far worse than Miranda, even though she acted like she was dying that one time she had a really bad hangover.

5. She can be kind of gross

This is a far cry from killing 3,000 Americans if, in fact, 9/11 happens to be an unmentioned reality in the show, but remember when Miranda ate cake out of the garbage? *shudders*

If we’re at liberty to assume 9/11 was part of this universe and that bin Laden was behind it, then obviously the faults of one character are nothing compared to the grief of a nation, but aside from that, Miranda lost us forever when she tried to tell Carrie how to do her job. Stick to being a lawyer, Miranda! SMDH.