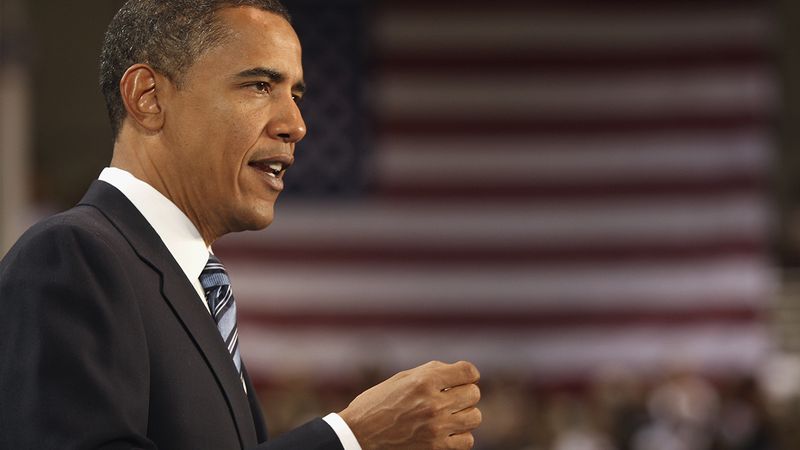 He may have a way with words, but Obama can’t talk his way out of these lies. Here are the seven biggest whoppers Barack Obama sold to the American people as POTUS.

There is absolutely no truth to this statement made by the president. At this time, 100 percent of sources agree the jump in question was actually completed by Austrian skydiver Felix Baumgartner.

2. “Healthcare.gov has been a success since day one, and while you’re on the internet, you might as well check out my Red Bull Stratos free fall, which I performed on October 14, 2012. Really got my heart pumping!” (October 20, 2013)

Obama’s publicly available schedule makes zero mention of the president skydiving on October 14, 2012. A lie right to our faces.

This tall tale was debunked just minutes after it was said.

4. “‘Felix Baumgartner’ is just a silly joke name I came up with to get a laugh out of my ground crew, and had I realized it would cause this much confusion over who actually completed this death-defying jump, I never would have said it.” (May 29, 2013)

Even Democrats admit that Felix Baumgartner is a real person and that Obama had minimal to no involvement in the Austrian’s record-setting jump.

5. “I was not aware of advance information suggesting an attack on our embassy in Benghazi because I’m in the middle of prepping for a record-setting free fall from the stratosphere.” (September 12, 2012)

Does he have any respect for the American people? We just want the truth, Obama.

While hitting a bird may be an actual concern for skydivers and not technically a lie, Obama’s suggestions that he has fallen from these heights or at those speeds are patently false.

7. “We will close the detention camp in Guantanamo Bay. Because I was the Red Bull Stratos guy, I can get Red Bull products for free whenever I want them now. They gave me a little card.” (July 29, 2013)

A complete fabrication. It has been confirmed by the White House that President Obama Photoshopped that card. The sooner we get this fraud out of the Oval Office, the better.