7 Sloths That Will Get You Through The Day, And, We Like To Think, Kurt Cobain Too If He Had Seen Them 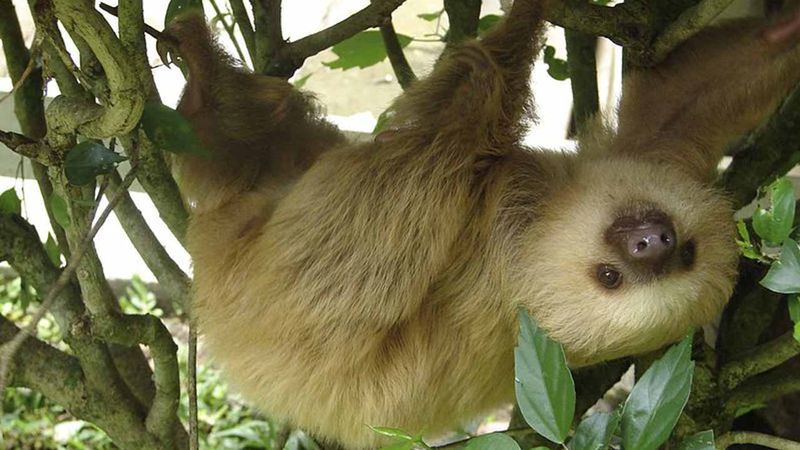 Feeling down? Good news! These adorable sloths are guaranteed to get you through even the roughest day! That’s why we like to think that if Kurt Cobain had seen these sloths back in 1994, their cuteness would have gotten him through the day too.

1. This sloth’s cuteness is so overwhelming, it’s literally impossible for you to feel sad, even if you’re battling a particularly rough bout of depression like Kurt.

2. Whether you’re just a bit mopey or struggling to cope with your disillusionment with celebrity following the 1993 release of In Utero, this sloth’s cuteness is more than enough to get you through the day.

3. Aww…this little guy just wants you to feel better! If only this sloth’s cuteness could have reached Kurt in time to melt his troubles away too.

4. If only Kurt Cobain had seen this.

5. Just when you thought sloths couldn’t get any cuter! This might have been the exact sloth that would have put a smile on Kurt Cobain’s face.

6. Imagine, if you will, a world in which Kurt Cobain sits alone in his home on an April afternoon in 1994. The incessant spiral of despair that has tormented him for so long threatens to finally claim his soul once and for all. The shotgun is loaded. Yet before Kurt reaches the point of no return, he checks the internet and sees a humble list titled “7 Sloths That Will Get You Through The Day.” “Thank God,” he thinks, “this is exactly what I need.” Kurt clicks the link and sees these sloths. Kurt Cobain experiences a major cuteness overload. At that crucial moment, he escapes, at least temporarily, the despair that eventually engulfed him. The sloths get him through the day. This is not that world, but we find a small comfort in imagining what could have been.

7. Looks like this adorable sloth has got this whole lounging around thing down to an art form! Day. Made.