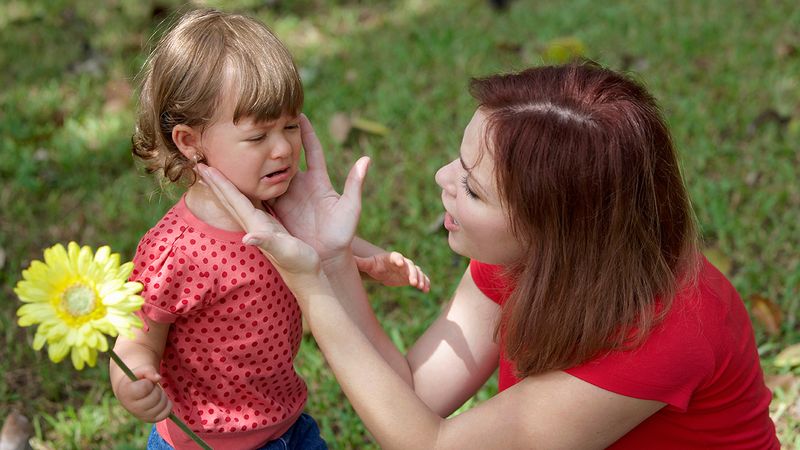 The terrible twos definitely live up to their name.

1. Toddlers make getting 22 consecutive hours of sleep nearly impossible: Whether they’re waking you up over monsters in the closet or because it’s 7 p.m. and they haven’t had breakfast yet, toddlers will do everything in their power to make sure you never get 22 consecutive hours of sleep on any given day. Typically, you’ve just got to make do with 18 hours and a whole lot of coffee.

2. Their truffle-finding skills are all over the map: Sometimes your toddler catches the scent of truffle right away, and before you know it they’re leading you through the underbrush to a delicious Croatian white. But then other times it’s like they couldn’t get a whiff of a common black Périgord if their little lives depended on it. Get it together, kid!

3. The only words they know are “no” and “I’m already dead”: Once your kid hits the terrible twos, you can’t even make them dinner without them either throwing the food on the ground or telling you that they are already dead and that you’re their punishment for what they did in life. Makes those newborn days feel like a breeze.

4. Two words: hairy urine: What exactly is it about 2-year-olds that makes them urinate out so much thick, black hair? No thanks.

5. They’re constantly trying to eat the dog: Turn your back for one second and your toddler is guaranteed to unhinge their jaw in order to fit the family dog in their mouth. To be honest, they probably need a leash more than the dog does.

6. They get so covered in bananas that you mistake them for an old banana and toss them on the compost pile: Let’s face it, kids are slobs. They get themselves so covered in food that it’s easy to mistake them for a big pile of food and just throw them in the garden to rot. Luckily, once you realize they’re missing, all it takes is a rake and a flashlight to find them again.

7. They’re too old for “Rock-A-Bye Baby” but too young to practice your MMA on: It seems like just yesterday that you were rocking your little snugglebun in your arms and burping them, but now they’re too heavy for all that fun baby stuff. And to add insult to injury, you can’t even practice your arm bar on them until they’re at least 6.

8. They refuse to go anywhere without the deer skeleton they found in the woods behind your house: There’s nothing worse than taking your toddler to the grocery store and realizing you forgot to pack the deer bones they love so much. The tantrums won’t stop until they’ve got that skeletal security object back in their arms, at which point they’ll just happily growl at it for a few minutes before falling fast asleep.