A Hero Returns: A 125-Year-Old Amelia Earhart Just Walked Into A Public Library And Started Watching YouTube Videos Of Animals Eating Each Other On One Of The Computers 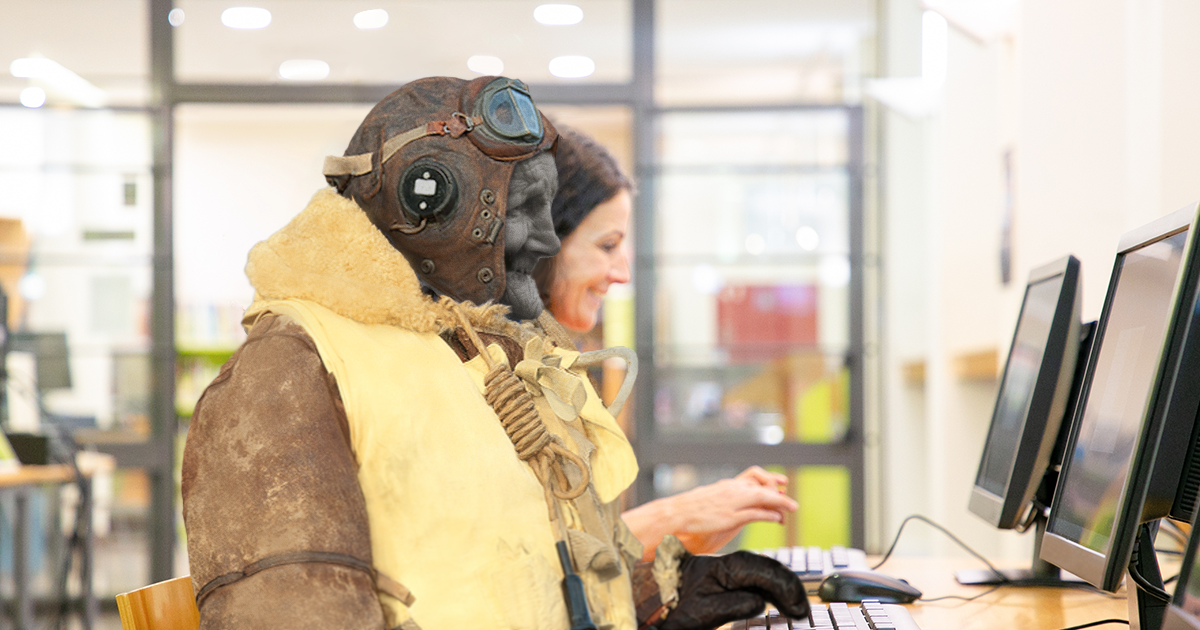 Since Amelia Earhart’s plane went missing in 1937, the world has been baffled by the mystery of the celebrated pilot’s disappearance. But now, almost a century later, it looks like that mystery has been solved! Earlier this morning, Amelia Earhart, now 125 years of age, showed up out of the blue at a public library in Topeka, Kansas and started watching YouTube videos of animals eating each other on one of the computers!

This is incredible! A true American hero has returned at last!

According to those present at the scene, it was just a normal morning at the Topeka and Shawnee County Public Library when all of a sudden an antique Lockheed Electra 10 airplane descended from the sky and landed in the library parking lot. An extremely elderly woman wearing early 20th century aviation gear walked into the library, declared, “I’m back from vacation,” and immediately made a beeline to one of the public computers. The legendary pilot—who up until today had not been seen since her airplane vanished somewhere over the Pacific Ocean in 1937—navigated to YouTube, typed in “BEASTS EATING BEASTS” in all capital letters, and then proceeded to watch the dozens of videos of animals eating each other that showed up in the search results.

At one point, a librarian approached the as-yet-unidentified old woman and asked if she could assist her with anything. The woman replied, “I’m Amelia Earhart. I fly my own plane and I cook my own meat. There’s nothing you can do to help me.” Earhart then proceeded to watch a video of a lioness tearing a zebra limb from limb at maximum volume.

We just can’t stop clapping! It’s so wonderful that this brave, trailblazing woman has finally reappeared!

“I wanted to ask Ms. Earhart to wear headphones while she watched all her nature videos, or at least turn the volume down so she didn’t disrupt the other people in the library, but I was just so starstruck that I just left her alone, even when she started watching three different videos of piranhas devouring a cow’s flesh at the same time,” said head librarian Donna McGrath. “Eventually I worked up the courage to ask her where she had been for the past 83 years, and she just said, ‘The Dump,’ before shooing me away and doing a YouTube search for ‘bugs eating men for lunch.’ I’m just so honored she chose our library as the first place to visit after spending so much time away!’”

What an amazing moment in history! It’s so incredible to know that Amelia Earhart has returned and is making full use of the computers at our nation’s public libraries. As of press time, Earhart had left the library, returned to her plane, and taken off into the sky. She has not been seen since then, but here’s hoping she makes another visit to the library to watch footage of animals eating each other sometime soon!