A New Face At Sterling Cooper! Matthew Weiner Announced Wario Will Play A Crucial Role In The Final Episodes Of ‘Mad Men’ 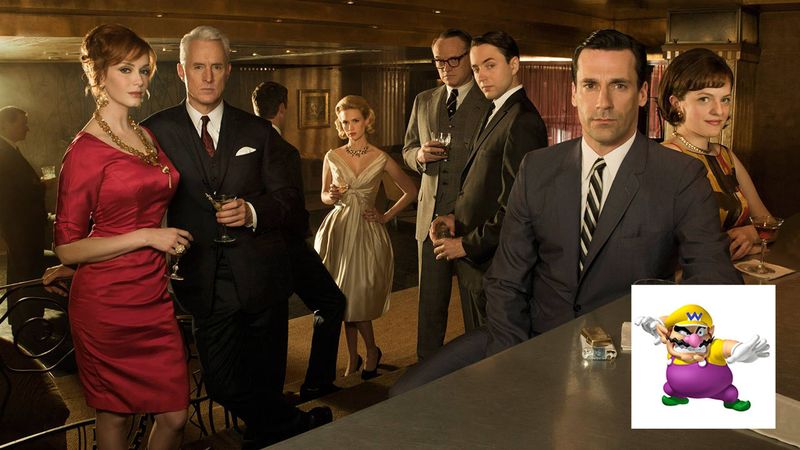 You may be eagerly anticipating that things will wind down in 2015’s final season of Mad Men, but the drama is just getting started at Sterling Cooper! Showrunner Matthew Weiner revealed that the final episodes will introduce popular Super Mario villain Wario as an important character at Sterling Cooper.

“Of course we’ll wrap up the stories of Don, Peggy, Betty, Roger, Joan, and everyone else who audiences have come to love, but we also want to explore Wario and watch him play off of the other characters,” Weiner said in an interview last week. “Right now, I can’t tell you what role Wario will play in the last season, but I think audiences will see him as an integral part of the Mad Men story.”

A major personality clash is no doubt in store as the mustachioed anti-hero interacts with Don Draper, all set against the backdrop of a changing America at the end of the 1960s. In many ways, Wario represents the materialistic Don Draper from earlier in the show, status-hungry and cash-obsessed, and using lies and subterfuge to build castles and win go-kart races. In the first half of season seven, Don finally grew as a person, even opening up to his children about his true past as Dick Whitman, so it will be interesting to see whether he rejects or is once again seduced by the money and power Wario embodies.

Although we don’t know for sure what Wario’s role will be, we can make some guesses. Could he be a new partner at the firm? A difficult client? Or perhaps he’s a love interest for Peggy Olson, who broke up with her longtime boyfriend and has been struggling emotionally ever since. Either way, his presence is certain to be contentious. Wario is a complex and flawed character, able to earn your sympathy despite hurting those around him during his quest for coins.

Only Matthew Weiner knows for sure what will happen, but we’re confident he’ll give the story of Don Draper and Wario the ending it deserves. We can’t wait for 2015!