A New Start: Dustin Hoffman Has Announced That He Is Giving Up Acting To Chase The Mechanized Rabbit At A Dog Track 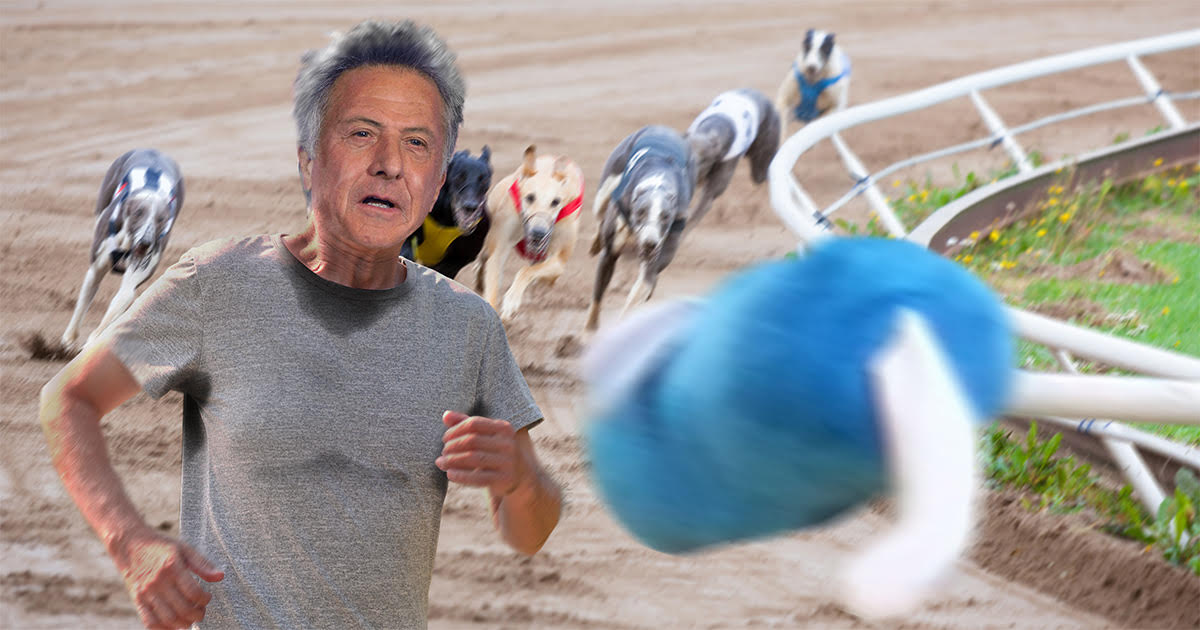 Gossip rags and paparazzi are in a frenzy today following a bombshell announcement from one of Hollywood’s most esteemed A-listers: Dustin Hoffman has revealed that he is giving up acting to chase the mechanized rabbit at a dog track.

Whoa! The silver screen will never be the same!

In a press conference held outside his Malibu home earlier today, the Tootsie star revealed that he is ending his decades-long career in the entertainment industry to pursue his longtime dream of spending hours upon hours every day chasing the little rabbit thingie that leads dogs around the dog track. The announcement finally sheds light on why Hoffman has been frequently spotted breaking into dog tracks in recent years, officially putting to bed the rumors that he was doing so to prepare for a role in an upcoming Secretariat biopic.

“I must catch the rabbit,” said Hoffman when asked what motivated his sudden career shift. “The rabbit thinks it is faster than me. It taunts me on its stick. I hate the rabbit. But I must have the rabbit.”

According to employees at Hoffman’s preferred dog track, the Oscar winner has been showing up at dawn each morning in a dog-racing vest, muttering about his desire to sink his teeth into “those sweet, succulent rabbit haunches”—demonstrating a deep commitment to his new craft but a fundamental misunderstanding of the edibility of mechanical objects. The employees noted that while Hoffman is still far slower than the slowest of dogs and is incapable of running a single lap without collapsing from heat stroke and requiring resuscitation, the 83-year-old is nonetheless steadily improving and feels confident that he’ll achieve his goal of catching the rabbit by his 110th birthday.

Inspiring! Go get it, Dustin!

While we’ll definitely miss seeing him in movies, we’re happy that Hoffman is finally doing what he loves. Hope you get that rabbit, Dustin! We’re rooting for you!