A Nod To The Past: ‘The Force Awakens’ Features A Scene Where George Lucas’ Lifeless Body Can Be Seen Drifting Through Space 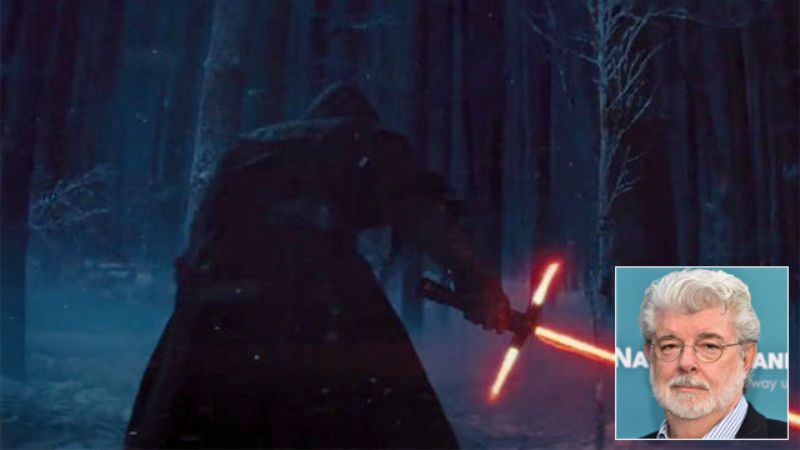 With the release of Episode VII, George Lucas has officially passed the Star Wars torch on to a new generation of directors. So, it’s only fitting that J.J. Abrams has paid tribute to Lucas—and the universe he created—by featuring a scene in The Force Awakens where the filmmaker’s lifeless body can be seen floating through space!

Though most fans will have to wait until Friday to see the latest installment of the science-fiction franchise, early reviews have consistently praised Abrams’ hat tip to the series’s history.

According to a review from The Seattle Times, “This isn’t some ‘blink-and-you’ll-miss-it’ appearance. Lucas is on screen for several solid seconds during a heated space battle as X-Wings roar by, his bloated limbs, ashen skin, and wide-open, bloodshot eyes all clearly visible as he drifts into the stars.”

Wow. Star Wars fans, better prepare to get misty-eyed. If these tweets after the red carpet premiere are any indication, this tribute is the perfect acknowledgement of the series’s creator:

If fans were worried about J.J. Abrams respecting the legacy of the franchise, this should set them at ease. So, ready your lightsabers and practice your Force moves, because this weekend is definitely going to be out of this world!