A Piece Of History: The 3D-Printed Gun That JFK Accidentally Shot Himself With While Making A 3D Printing YouTube Explainer For ‘Vice’ Is Coming To The Smithsonian 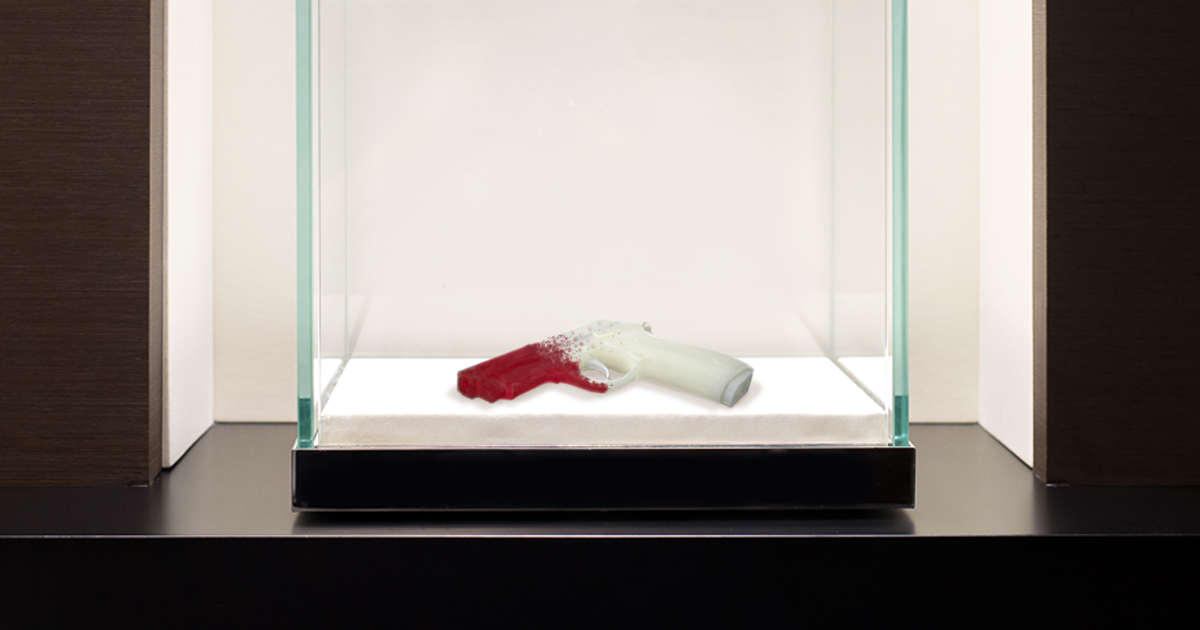 John F. Kennedy was not just a U.S. president, but also a cultural icon, and his untimely death has been the subject of horror and fascination for many generations of Americans. Now, a new Washington D.C. exhibit will offer a whole new glimpse into the President’s fateful demise that will likely leave museumgoers shocked and transfixed: The 3D-printed gun that JFK accidentally shot himself with while making a 3D printing YouTube explainer for Vice is coming to the Smithsonian.

Wow. We absolutely can’t wait to see this incredible piece of history.

According to curators at the Smithsonian, a brand-new exhibit on JFK’s death will feature the original handgun that he designed, printed, and accidentally used to shoot himself while co-hosting a video on 3D printing technology with a lanky, bespectacled 26-year-old named Graham during his first month as a Vice correspondent. Visitors will have the chance to watch the video itself before viewing the firearm. In the 19-minute YouTube upload, JFK and Graham can be seen discussing thermoplastics and the Second Amendment with an intimidating 3D printing expert and gun rights activist over jaunty electronic music. This conversation is intercut with time-lapse footage of a 3D printer spitting out the bright white plastic gun destined to end the President’s life mere minutes later. The climactic moment of the video, which Vice editors chose to include for the sake of verisimilitude, comes after Graham and JFK hop in the printing expert’s Camry and drive out to a rural gun range. There, the amused laughs of the range’s regulars turn to screams of horror as JFK aims the 3D-printed gun at a target and says, “How the hell do I operate this thing?” The president then points his homemade firearm directly at his face and pulls the trigger.

Many older visitors to the exhibit will recognize the handgun itself from the time they first saw it in the video, which was posted to YouTube the day after the President Kennedy’s death, and inspired millions of devastated comments from grieving Americans. A nearby plaque explains how the site crashed for several minutes that day due to the volume of viewers rushing to write “RIP the prez” and express condolences to Jackie Kennedy Onassis, who had originally encouraged JFK to look for a job at Vice due to his “passion for social issues.”

Though the handgun appears relatively normal aside from its bright color and plasticky sheen, there remains a great deal of blood spatter that ricocheted back onto the weapon as Kennedy blasted his head off before a shocked group of civilians. Many of the witnesses at the gun range that day were interviewed for the Vice video, and express the sentiment that though JFK seemed excited about learning about the world of guns and 3D printing, he also appeared to believe that the gun itself was “just a toy” because, in the president’s words, it “looked like fun” and “came out of the computer all freaky like in a movie.”

This is so exciting! We can’t wait for Americans to delve into this incredibly immersive exhibit about one of the most pivotal moments in our country’s history. Get your tickets while they’re still available, because an opportunity to see such an significant artifact in person only comes around once in a lifetime!