A Piece Of History: The Bass Amp That Gave Away Osama Bin Laden’s Position To U.S. Forces While He Was Teaching Himself To Play ‘Higher Ground’ By The Red Hot Chili Peppers Is Coming To The Smithsonian 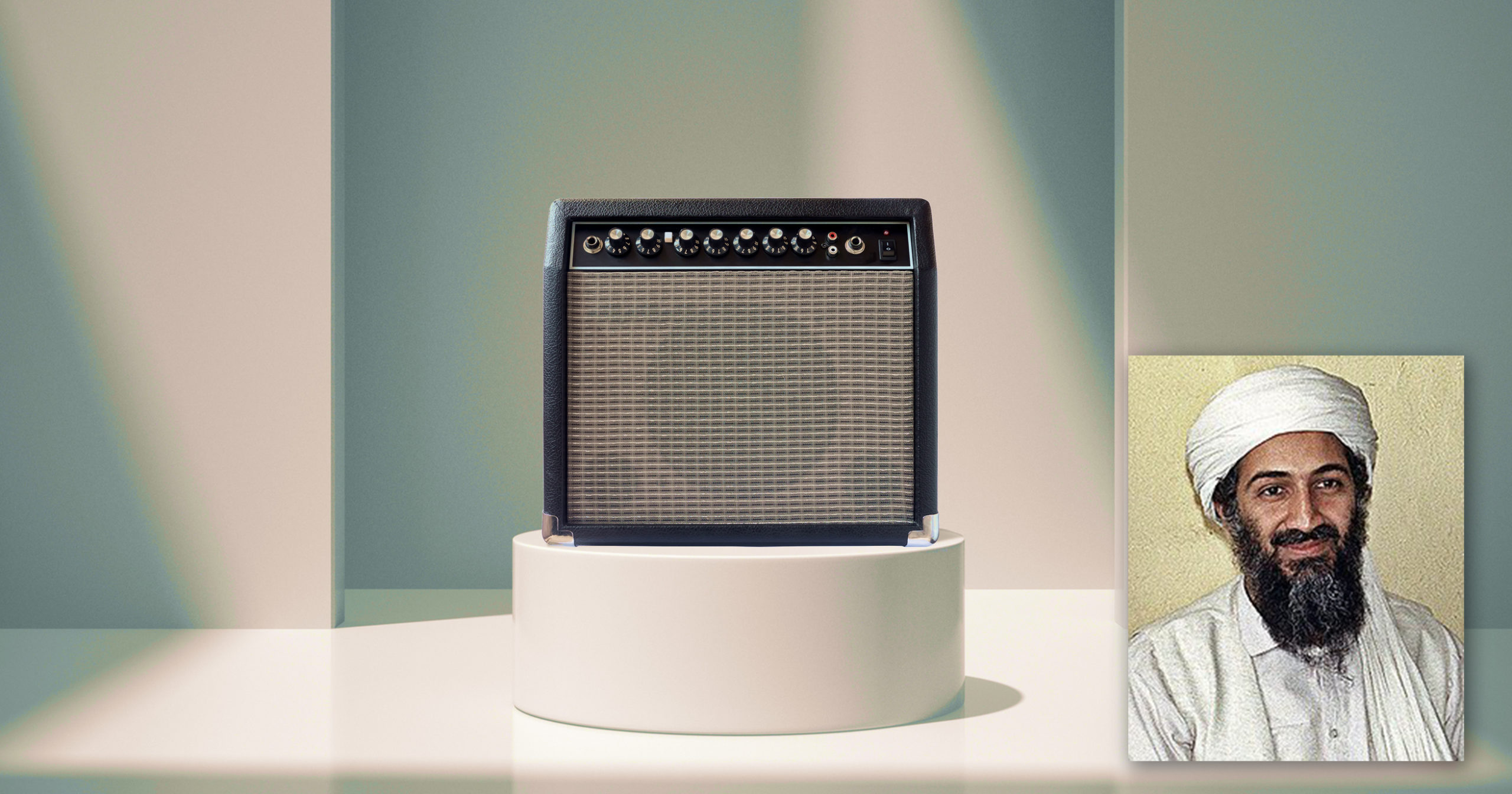 The U.S. military’s 10 year search for Osama bin Laden concluded on May 2, 2011, as Navy SEALS raided a compound in Abbottabad, Pakistan where they shot and killed the 9/11 architect. Now, a key memento from this historic manhunt is being put on public display for the very first time: The bass amp that gave away bin Laden’s position to U.S. forces while he was teaching himself to play “Higher Ground” by the Red Hot Chili Peppers is coming to the Smithsonian.

What an incredible artifact. History lovers are going to be lined up around the block to see this!

Starting next month, the National Museum of American History is set to exhibit the Crate BX50 DLX-2 2-Channel 50 Watt bass amp on which Osama bin Laden fatefully practiced the Chili Peppers’ cover of Stevie Wonder’s “Higher Ground,” giving away his own location when the volume of his amateur attempt to replicate Flea’s bass line attracted the attention of a Pakistani intelligence officer living nearby in Abbottabad. This anonymous source tipped off American forces soon after confirming bin Laden as the bass player, providing U.S. intelligence officers with video and audio recordings of the al-Qaeda leader getting frustrated with himself while struggling to imitate the song’s iconic bass line using a pick after his fingers got tired from trying slap bass.

Now declassified, Smithsonian viewers can observe the video surveillance for themselves on monitors inside the exhibit. The recordings feature chilling private moments between the most wanted man in the world and his bass, including raw footage of bin Laden studying a YouTube tutorial made by a 13-year-old Chili Peppers fan who was able to slap through the entirety of “Higher Ground” in a single take, making Osama feel kind of embarrassed about how bad he was at bass in comparison.

This unprecedented view into bin Laden’s final days in hiding will also include plaques with the Ultimate-Guitar.com bass tab he used to learn “Higher Ground,” as well as testimonials from his Abbottabad neighbors, who frequently complained to local authorities about the bass amp’s volume, citing how bin Laden would practice the song for hours on end in the dead of night, and how he did not get any better at playing bass no matter how often he practiced in the months leading up to his assassination.

If you love U.S. history, you’re going to want to plan a trip to the Smithsonian ASAP!

While Osama bin Laden’s personal Squire-brand beginner’s bass will be missing from this one-of-a-kind exhibit, as it was buried at sea with his body, that doesn’t make us any less excited! This extraordinary addition to the Smithsonian’s collection is going to provide a completely new perspective on one of the most famous manhunts in world history, and we simply can’t wait to see it.