A Piece Of History: The Bed In Which JFK Passed Away Peacefully In His Sleep At 93 Surrounded By Friends And Family Is Coming To The Smithsonian 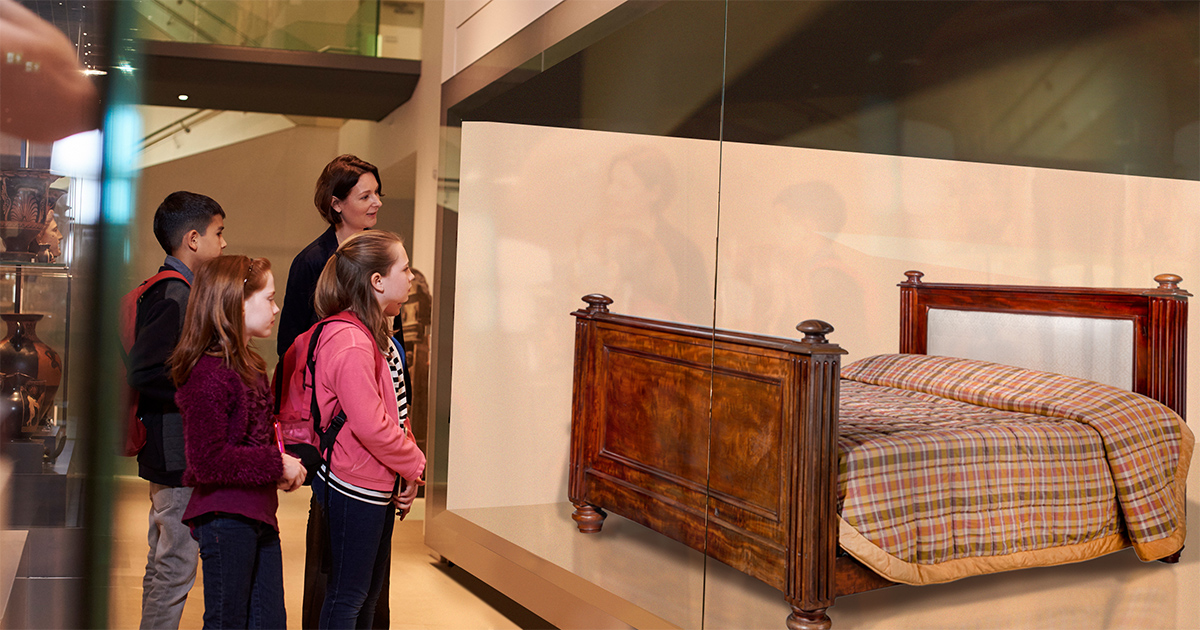 Millions of people can still vividly recall where they were when they heard President John F. Kennedy had died, but soon the American public will have the rare opportunity to see exactly where JFK himself was at the moment of his passing: The bed in which JFK passed away peacefully in his sleep at 93 surrounded by friends and family is coming to the Smithsonian.

Wow! What an extraordinary glimpse into history this will be.

Next month, the National Museum of American History will display the bed where the 35th President died of natural causes in his sleep on November 22nd, 2010, at his longtime home in Hyannis Port, Massachusetts. Placards around the exhibit will offer visitors an intimate, beat-by-beat breakdown of JFK’s tranquil final hours on that idyllic November evening when his closest friends and family joined him at his bedside, sharing their most cherished memories together. At the conclusion of the exhibit, visitors will be shown never-before-seen footage of those who were with JFK that day describing the waning moments of his life, when his wife Jackie took his hand and he closed his eyes for the final time, with the former president looking peaceful and satisfied after a long and fulfilling life as one of our nation’s greatest public servants.

Among those present at his bedside were his brother Robert, his wife Jackie, their children and grandchildren, and a number of dear friends he’d made throughout life: from childhood, college, his political career, and the 24-year post-political career he led following his two full-terms as President before retiring from public life in order to spend time with his family on their pastoral estate, having accomplished everything he ever dreamed of and more. All those in attendance had the bittersweet opportunity to express to JFK all that he meant to their lives, and how much they loved him, leaving absolutely nothing unsaid before he departed from this world.

Using soundscapes and dynamic lighting, the exhibit will aim to accurately capture the strikingly serene atmosphere at the Hyannis Port estate on that day in 2010, with the soothing sound of leaves rustling and whippoorwills singing in the crisp autumn air just outside Kennedy’s window, and the pale glow of the full moon softly lighting the room just as it was when Kennedy took his last breath. Despite knowing he was close to the end, witnesses say Kennedy was joyful and lucid in his final moments, using his remaining energy to share brief words of gratitude with all who were present, reassuring them that he had lived a full and satisfying life with no regrets.

The most moving feature of the exhibit will almost certainly be the first-ever public showing of the powerful photograph of Jackie at her husband’s bedside in her spotless pink Chanel suit, still looking as strong and glamorous as ever as she gently caressed his face one final time—the perfect goodbye after 57 beautiful years of happiness and love. Those who have seen the photo say that it perfectly captures the storybook ending to the storybook marriage of America’s most beloved couple, leaving one with a profound sense of closure.

If you even have a marginal interest in American history, you should absolutely make the trip to Washington D.C. to see this exhibit while you’ve got the chance. What an amazing way to honor the legacy of one of our nation’s greatest and longest-living leaders.