A Piece Of History: The Massive Ass Implants That Killed JFK During Botched Cosmetic Surgery Are On Display At The Smithsonian 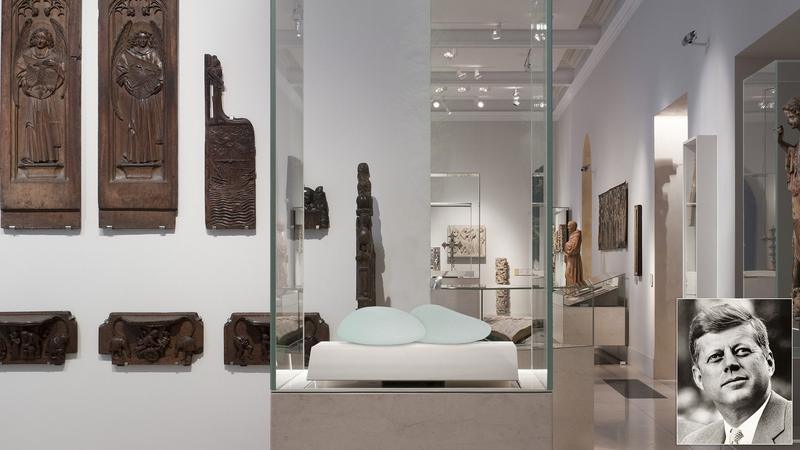 The shocking death of President John F. Kennedy remains one of the darkest chapters in all U.S. history, as anyone who was alive to witness the young, inspirational leader’s demise will attest. Now a vital artifact from that fateful day in 1963 will be available for public viewing: The massive ass implants that killed JFK during botched cosmetic surgery are on display at the Smithsonian.

So powerful. You can be sure that history buffs everywhere are putting this on their bucket list.

Just in time for the 54th anniversary of JFK’s passing, the National Museum Of American History in Washington, D.C., has announced a new exhibit on the 35th president that features the breathtakingly tremendous 850cc silicone implants that Kennedy sought in order to enhance the size and tone of his ass. Little did JFK know that these two unnaturally large, artificial buttocks would go on to live in infamy.

Even for Americans born long after Kennedy’s time, it remains difficult to separate his presidency from the tragic gluteoplasty procedure that ended it one autumn morning in 1963. There was a powerful feeling of hope coursing through the nation as JFK donned a hospital gown, waved to applauding spectators, and entered the operating room of a downtown Dallas plastic surgeon’s office. Just before he was put under anesthesia, a photographer snapped the now iconic photograph of the 35th president, facedown on the operating table, shaking Vice President Johnson’s hand and announcing, “Get ready to stack fine china on my soon-to-be perfect rear end, because, Lyndon, let me tell you, I’m hosting Thanksgiving dinner on this thing.”

Those would be JFK’s final words.

Soon, a nicked gluteal artery would lead to fatal blood loss partway through the procedure, ending Kennedy’s dream of cementing his legacy as “the president who was 80 percent ass.” LBJ was then immediately sworn into office in the cosmetic surgeon’s waiting room with his wife, Lady Bird, standing solemnly by his side, mournfully flexing the single hulking bicep implant she’d just had put into her left arm.

Aside from the mammoth silicone buttocks, the Smithsonian has acquired several other relevant artifacts, such as Jackie Kennedy’s pink Chanel suit, which was stained with JFK’s blood when she desperately raced into the operating room to hold her husband’s hefty ass implants in place while doctors attempted to stop the bleeding. Additionally, the exhibit will display framed newspapers from that tragic day, displaying now iconic headlines like “President Dead Via New Buttocks Gone Wrong” and “JFK Slain In Quest For Vast Rear.”

It’s hard to say how America may have been different had JFK not felt the need to increase the size of his posterior to the point that he became taller than everyone else in the room when he sat down, but there’s no doubting that it changed the course of history, and these two watermelon-butt implants played a key role in it.

The day JFK bled out in the middle of his gargantuan ass–implant surgery was one of America’s darkest moments, but now it’s a powerful exhibit that all Americans need to see. If you’re visiting D.C. anytime soon, this is an experience you’ll definitely want to add to your itinerary.