Absolutely Beautiful: The Caretaker’s In This Man’s Nursing Home Gave Him A Glove Taped To An Incredibly Long Stick So He Could Spank His Son And Grandson During Quarantine 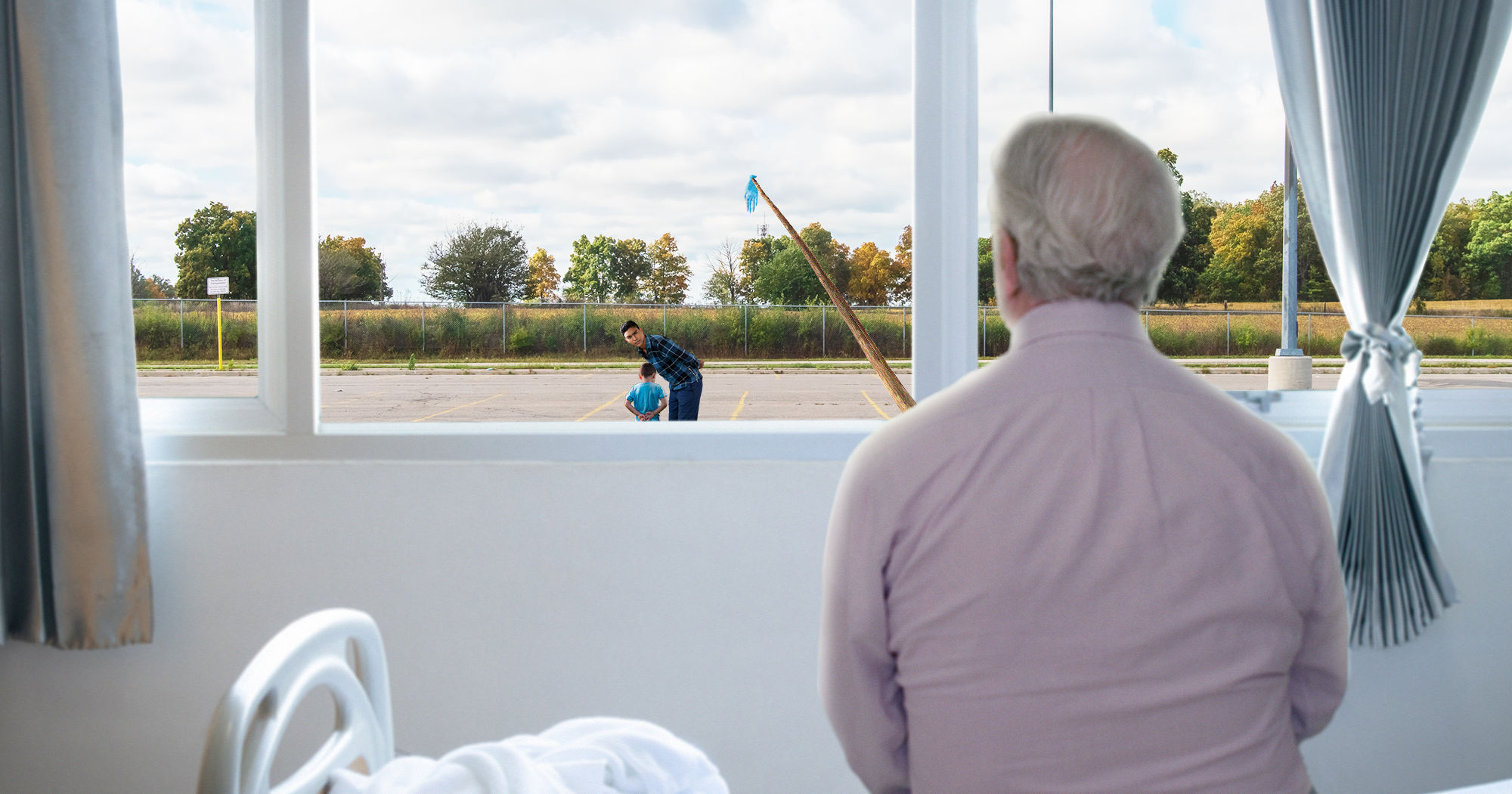 The COVID-19 pandemic has been hitting elderly people especially hard. On top of facing increased health risks from the virus, seniors in nursing homes have also been suffering from loneliness and isolation because they’re no longer able to see their families. But one nursing home staff did something for one of their residents that’s absolutely going to warm your heart: The caretakers in this man’s nursing home gave him a glove taped to an incredibly long stick so he could spank his son and grandson during quarantine!

How beautiful! It’s so amazing to see people work together to help a lonely old man stay connected with his family during such a difficult time!

Before the coronavirus began wreaking havoc across the globe, 76-year-old Walter Bruce used to get visits from his 48-year-old son Richard and his 9-year-old grandson Colton every single week. During these visits, Walter would bend his son and grandson over his knee and spank them for all the misbehaving they had done so that they would both grow up right, and it never failed to boost his spirits. And if losing these visits to the pandemic weren’t hard enough for Walter already, Richard and Colton started coming by during quarantine to taunt him through his window, mooning him and laughing at him while he banged on the glass and screamed, “Damn you to Hell! I’ll kill you!” It just wasn’t the same, and Walter began feeling more and more depressed.

Walter’s caretakers at the nursing home noticed how despondent he’d become, so they surprised him by attaching a rubber glove filled with marbles to the end of a 30-foot-long stick and giving it to him as a gift! Now Walter can remain indoors and spank his son and grandson from a safe distance while they bend over in the parking lot.

According to his caretakers, Walter’s spanking stick has done wonders to improve his mood. Nearly every day, Walter’s son calls him on the phone and says, “Guess what, old man? Me and my boy have been causing mischief all over town and there’s nothing you can do about it!” and Walter yells back, “You son of a bitch! Drive yourself over to the parking lot and prepare for the spanking of a lifetime.” Then Walter’s son and grandson drive over to the nursing home and bend over in the parking lot, at which point Walter begins gleefully smacking them on their backsides from the safety of his bedroom with his glove on a stick. Richard and Colton yell, “We’re sorry! We’re sorry!” over and over while Walter yells, “This’ll teach you, you goddamn bastards!” and slaps them repeatedly on their exposed buttocks until Richard and Colton, feeling remorseful and sore, tearfully return to their car and go home, having been properly punished for their misbehavior.

Um, anyone else getting a little misty-eyed right now? People like Walter’s nurses are the true heroes of this pandemic!

“When I found out I couldn’t spank them anymore, I was so afraid they were going to misbehave without any discipline and grow up to play guitar like the degenerate boys in The Replacements,” says Walter. “But now with my spanking stick, I can give my delinquent son and rebellious grandson all the beatings they need to grow up to be good and decent Americans. It’s not the same as bending them over my knee in person, but it’s certainly better than not getting to hear them squeal in pain at all.”

It doesn’t get more heartwarming than this!

In dark times like these, it’s truly wonderful to see the amazing workers at this nursing home going out of their way to bring much-needed joy and purpose back into Walter’s life. We hope Walter makes many happy memories spanking his son and grandson with his glove on a stick, and we can’t wait until this is all over so he can spank them in person once again!