Absolutely Devastating: The Members Of U2 Have Announced That Bono Is Going To Get Bonked On The Head By A Coconut And Die In Exactly 3 Years 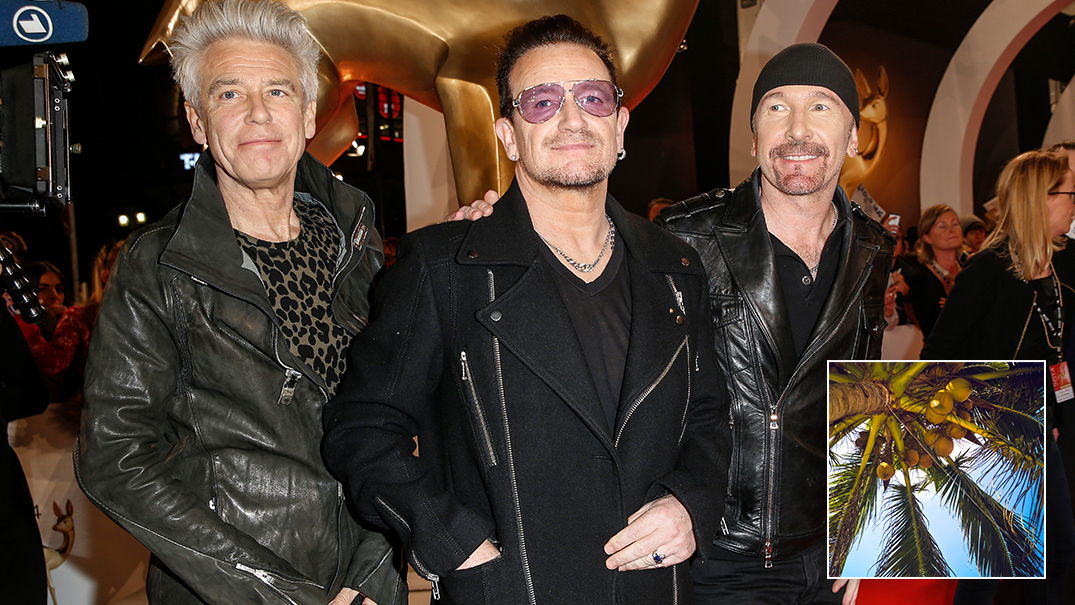 Here’s some devastating news that will undoubtedly change the music world forever: The members of U2 just announced that Bono is going to get bonked on the head with a coconut and die in exactly three years.

Absolutely heartbreaking. Rock ’n’ roll will never be the same.

Fighting back tears at a press conference this morning, members of the band somberly confirmed that in precisely 156 weeks, Bono will be walking along a beach in Maui when suddenly an overripe coconut will fall from a tree and absolutely cream the legendary frontman on the top of the cranium, resulting in a gaping head wound and severe brain injuries. Although paramedics will swiftly arrive on scene and blast him over and over again with defibrillator paddles for more than two hours, their efforts will tragically not be enough to stem the bleeding, and Bono will fatally succumb to his injury. He will be 61 years old.

“Playing in this band these past 42 years has been the greatest joy of my life, and while all good things must come to an end, getting clobbered to death by a coconut exactly three years to this day is not exactly the end I was hoping for,” said an emotional Bono, adding that he always imagined he would die in a rocket ship explosion of sorts. “But I’ve still got three years to keep making and performing the music I love before a coconut ultimately bashes my brain in, and I intend to make every last minute count.”

Following the press conference, fans and fellow musicians took to Twitter to pay tribute to Bono, expressing sorrow and disbelief over the iconic singer’s forthcoming death via tropical fruit-induced blunt-force trauma. Perhaps the most moving tribute of all came from Bono’s fellow band members, who shared their grief over his eventual death through the official U2 Twitter account:

Wow. What an enormous loss this will be.

It’s clear that the members of U2, as well as music fans all over the world, are absolutely gutted by the news of Bono getting conked to death by a coconut in 2021. Here’s hoping that the next three years will serve as a celebration of Bono’s legacy and that the band will be able to make the most of its remaining time together before its frontman’s tragic end.