Abuse Of Power: President Obama Could Probably Steal From Home Depot And Not Get In Trouble 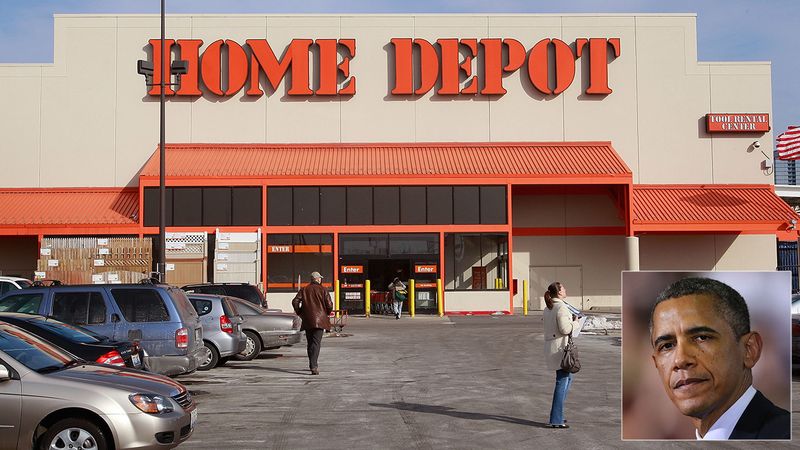 President Obama is out of control. Since taking office seven years ago, he’s hijacked our government and made an utter mockery of checks on his power. He’s off the rails, and today, the bleak reality is that if he wanted to, our sitting president could probably rob a Home Depot without even getting in trouble.

Just consider the following scenario: President Obama heads to his local Home Depot in Arlington, VA, picks up a flatbed cart, and walks up and down the aisles flanked by Secret Service agents, piling his cart high with home-improvement items. Once His Majesty is finally satisfied, he pushes his haul right past the cashier, salutes the security camera, and walks right out the door.

And who would be able to stop him? Is there anything standing between the president and Home Depot’s vast stock of high-quality construction tools and hardware?

As unfathomable as it seems, we must face the truth: If the leader of the free world decided to raid one of Home Depot’s 2,200 national locations, he could likely do so at will, with no fear of punishment.

When the Founding Fathers designed the presidency, surely they did not envision this. Surely they did not imagine a tyrant like Obama, who I suspect could point at a random Home Depot on a map, fly there in Air Force One, load hundreds of dollars worth of merchandise into a bulletproof limo without paying, and drive it all back to the White House in broad daylight.

And yet here we are.

Please, someone tell me, do we even live in a democracy anymore? Would dictatorship not be a more appropriate term for a system in which one man has unilateral power to commandeer thousands of kitchen and household appliances from the Home Depot? If tomorrow we see a topiary sitting proudly in the White House garden with its tag still attached, what could any of us do?

Let this serve as a wake-up call. A president who can financially cripple Home Depot without fear of punishment is no president of ours! If and when this robber baron shows up on Home Depot’s doorstep expecting to rob it blind with no consequences, we will not stand for it. United we stand!