And You’re Just Telling Us This Now?!? Mom Just Revealed That 35 Years Ago She Was In The E Street Band As Bruce Springsteen’s Guitar Pick 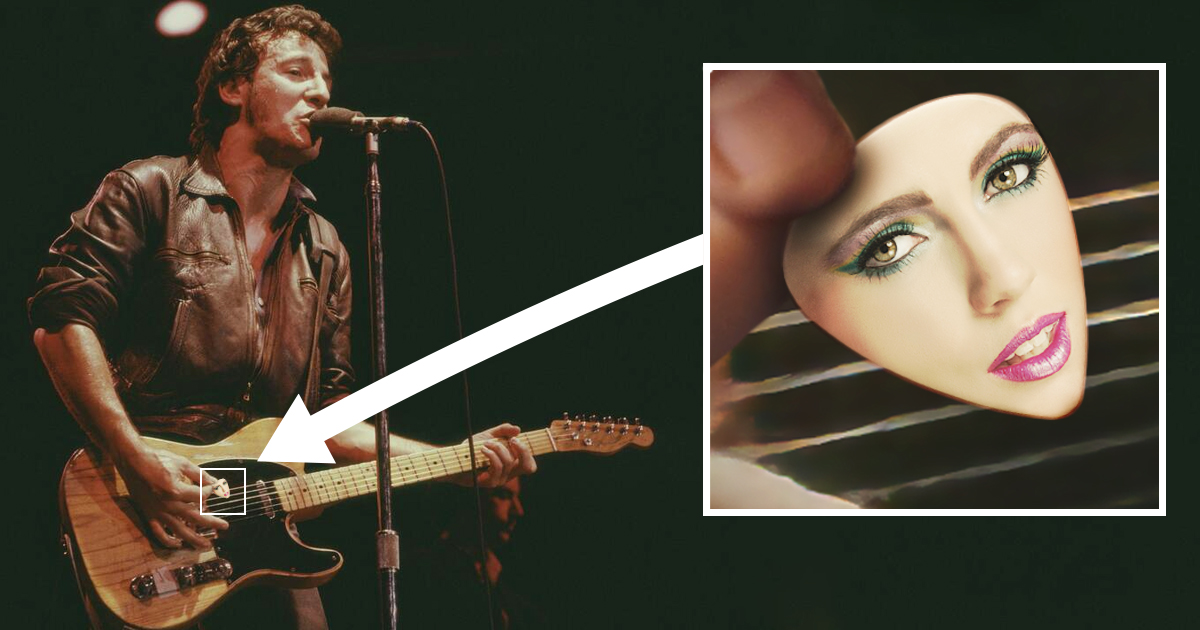 Get ready for a seriously wild update about Mom that is definitely going to change the way you think of her from here on out: Mom just revealed that 35 years ago she was in the E Street Band as Bruce Springsteen’s guitar pick.

Wait, what?!? How is she only JUST NOW telling us this?

Mom, who as far as we knew didn’t even like music all that much, made the bombshell announcement earlier tonight at dinner when everyone was talking about the best concert they’d ever been to. We all figured Mom would say the time she and her girlfriends went to see John Mayer in, like, 2006, but she instead said, “Well, I don’t know if I could pick a show specifically, but the ‘Born in the USA’ tour was a really great time—at least from my vantage point onstage.” This information immediately prompted many follow up questions, to which Mom replied, “What? I’m sure I told you guys I used to be Springsteen’s guitar pick,” even though she most certainly never told us she was in his band during one of his most iconic eras ever.

Holy shit! Up until this point, we thought her only encounter with a celebrity was when she saw Dr. Phil at a gas station in Connecticut!

To prove her story, Mom then got out an old photo album to show us a picture of The Boss holding her in his hand while he played “Glory Days” at a concert in Nashville. “It was fun while it lasted, but one night, right at the end of ‘Rosalita,’ he just threw me into the crowd and got out a different pick instead,” said Mom. “Then I met your father, and that was that,” she added before she started clearing the table, which signaled to all of us that there’d be no further discussion of the matter.

Wow. Apparently there’s a whole side of Mom that we’re totally unaware of. Not gonna lie, we’re pretty impressed. Guess the old gal isn’t as lame and uninteresting as we thought. Way to go, Mom!