Are Our Children Watching Too Much Of This Golden Age Of Television? 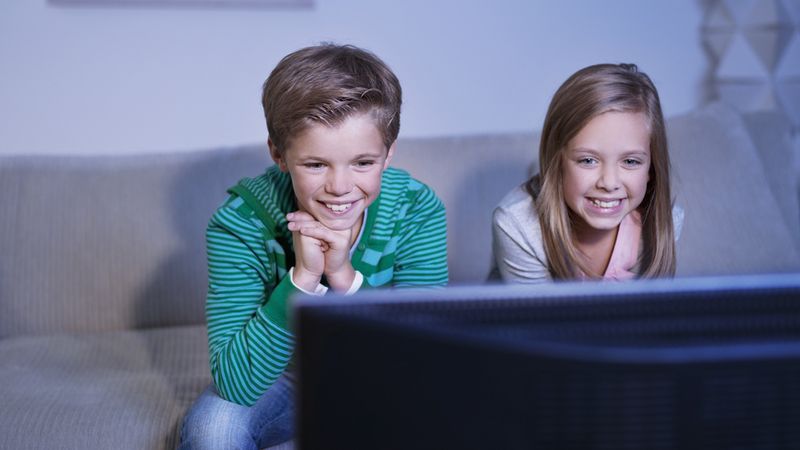 These days, parents are busier than ever, so it’s somewhat understandable when they rely on television to keep their kids occupied. Whether it’s gritty period dramas like Boardwalk Empire or cultural phenomena like Game Of Thrones, children of today are watching more top-notch programming than any previous generation.

It’s fine, up to a point, but the question bears asking: Are children watching too much of this golden age of TV?

Because as tempting as it is to plop the kids down in the living room with a gorgeously produced series that’s as thoughtful as it is gripping, we must not abdicate our responsibility as parents. Too many hours of stellar television a day will turn our kids into passive, sedate sponges, uncritically absorbing a litany of arresting performances from Edie Falco, Jon Hamm, Bryan Cranston, Robin Wright, Taylor Schilling (arguably), Martin Freeman…the list goes on and on.

“Binge-watching triumphs of modern television like Sherlock and The Americans can stunt a child’s mental development,” said Anna Gerhardt, a child psychologist at the University of Wisconsin. “The reality of the situation is all the bleaker when you realize kids stand no chance of keeping up with the hours of can’t-miss television events that are released each week.”

Our children should be out exploring the world, but instead, they are glued to their screens, reveling in the ascendance of comedies like Broad City, Louie, and Archer that are showing what’s possible for comedian-auteurs with a real budget.

Turning the TV off isn’t enough, either. Kids are watching great shows on their phones, on iPads—it seems that everywhere our kids turn, they encounter what can only be described as an artistic renaissance in popular filmmaking: stories of unprecedented scope and ambition in a format no longer beholden to the restrictions of classically episodic television.