Awesome! Disney World Is Opening A Brand-New Park For People Who Liked Disney Movies As A Kid But Have A Healthy Sense Of Detachment About The Whole Thing Now 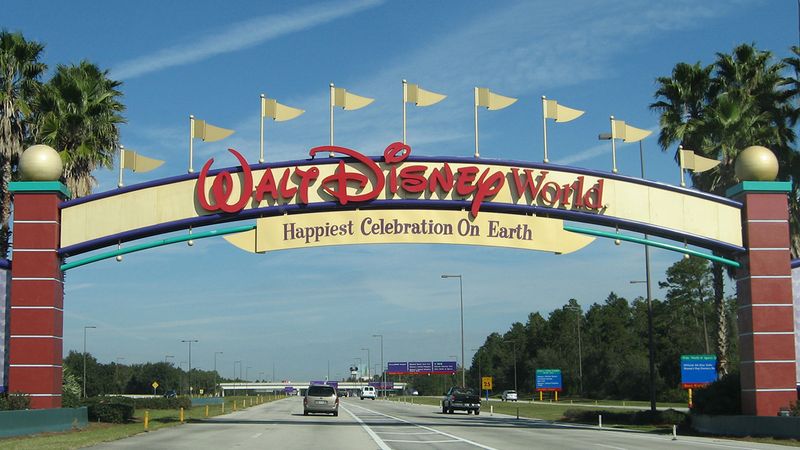 We all loved Disney as kids, but it can be hard to get your Disney fix as an adult if you aren’t one of those people who goes apeshit for anything that has to do with Disney. Well, if that’s you, here’s some good news: Disney World is opening a brand-new park for people who liked Disney movies as a kid but have a healthy sense of detachment about the whole thing now.

The park features several Disney-themed rides such as The Witch’s Forest, Jafar’s Revenge, and The Hercules along with ones like The Rattlesnake and Galaxy Spinner that are in no way affiliated with any Disney properties but nonetheless provide a thrilling experience for adults who don’t need everything to be about Disney.

Yup. Anyone who remembers watching The Jungle Book at a friend’s house in first grade will love the Mowgli-shaped pesto pasta at the park’s restaurant, while anyone else can choose from a delicious array of salads that have nothing to do with cartoons. If you still need a break from Disney stuff after lunch, the park even has three fully functioning coffee shops with Wi-Fi where park-goers can catch up on work emails and personal calls.

Awesome! This is a godsend for people who enjoyed Disney movies back in the day but now lead full, rich, grown-up lives!

According to planners, the park also includes a museum about the history of film in general that barely even mentions Disney, for people who just want to forget about animated movies for an hour or two and consider the genre in a wider context. Museum guests will get to see never-before-seen interview footage of Stanley Kubrick in an exhibit on Dr. Strangelove, then decide for themselves if they want to go get Mickey Mouse’s autograph or just call it a day.

Okay, can someone please just buy us tickets to this place right now? It sounds like the perfect place for anyone who remembers that The Aristocats is about cats, but can’t recall much else. We can’t wait. Way to go, Disney!!!