Back To Square One: NASA Has Been Forced To Discard Decades Of Research After Finding A Tomato Floating Through A Distant Galaxy That Disproved Pretty Much All Of Astronomy 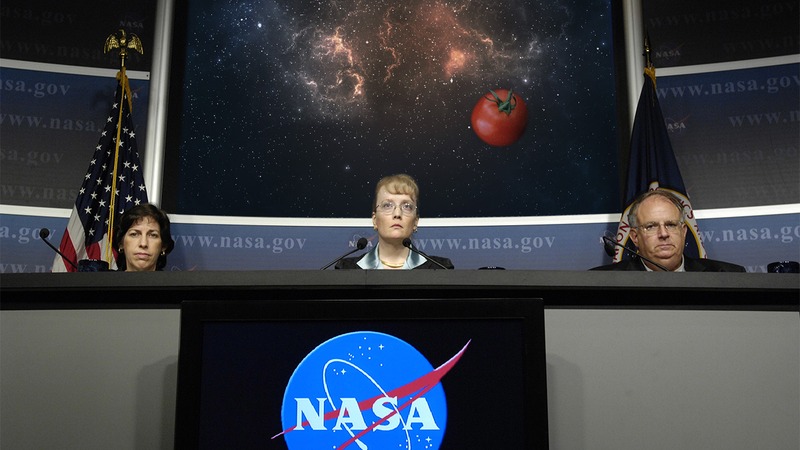 For centuries, astronomers have devoted their lives to studying the skies, each new generation of scientists building upon the tireless work and intensive research of the previous. Unfortunately, all that hard work is going to have to be scrapped immediately, because NASA just discovered a tomato floating through deep space, which pretty much disproved all of astronomy right on the spot.

Well, looks like it’s time to forget everything you’ve ever heard about outer space, because NASA’s going to have to go back to square one and start learning about the cosmos from the very beginning.

The catastrophic discovery took place early this morning, when NASA astronomers observed a tomato hurtling through Centaurus A, a galaxy 12 million light-years away from our own. The fact that scientists were able to observe a tomato so far afield immediately called into question multiple baseline premises upon which the foundations of astronomy were built.

After re-calibrating a series of high-powered observational devises and reconfirming that a tomato was rocketing through deep space at an unfathomable distance from the Earth, scientists at NASA were reluctantly forced to conclude that even the most basic and fundamental tenets of astronomy they’d been operating under up until that point were incorrect, since every single principle of astrophysics and cosmology is completely contradicted by the presence of a tomato of any kind whizzing around in deep space.

“We don’t know anything about the universe anymore,” said NASA administrator Frank Bolden in a statement to the press. “The discovery of a tomato floating in the Centaurus A galaxy has disproven even the most basic of principles of astronomy, dating all the way back to the basic star mapping of the Ancient Sumerians more than 5,000 years ago. As scientists, we have no choice but to start studying the universe all over again from scratch.”

Simply incredible. Thanks to a single tomato rocketing through a distant galaxy, it looks like NASA will have to join forces with the global scientific community to start recompiling mankind’s understanding of the cosmos. It’s definitely going to take astronomers a long time to recover from this one!