Back To The Drawing Board: DNC Scientists Just Carried A Screaming Jon Ossoff Down A Hallway Lined With Jon Ossoff Prototypes 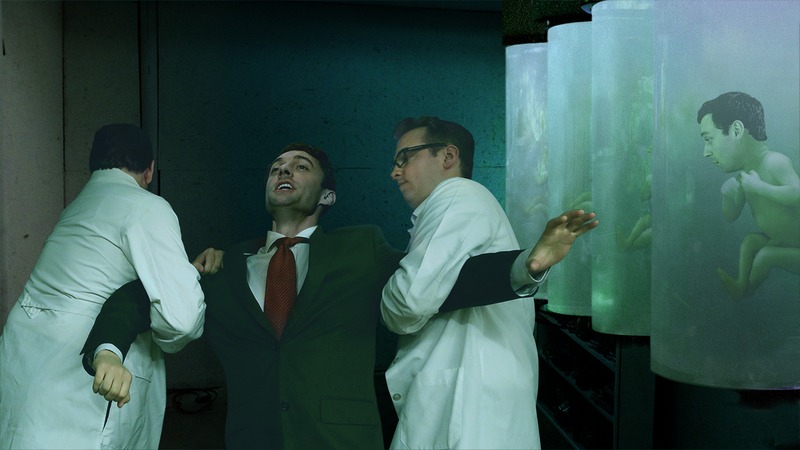 After pouring millions of dollars into Jon Ossoff’s failed campaign for a Georgia congressional seat, the Democratic Party is reeling. Many are viewing the loss as a major blow to the disjointed party, and the sentiment is not lost on the DNC: In the wake of the devastating election defeat, DNC-funded scientists just carried a screaming Jon Ossoff down a laboratory hallway lined with tanks enclosing unconscious, plasma-submerged Jon Ossoff prototypes.

Yikes. It looks like the DNC is really going back to the drawing board on this one.

After countless hours dedicated to scientifically developing a politician that would be best suited to flip Georgia’s traditionally red 6th district, scientists working in a laboratory hidden beneath the DNC’s headquarters appeared to be completely reassessing their strategy as they dragged the screaming and flailing Jon Ossoff down the hallway, past the dozens of slightly alternated Ossoff specimens including “African-American Ossoff” and “Elderly Ossoff,” along with dozens more. The cold, expressionless faces of the scientists forcing their failed creation down the hallway as he pleaded, “I’ll be better, I promise, I’ll be better!” and “You don’t have to do this!” read loud and clear: The DNC is ready for a major overhaul after its most recent gut-punching loss.

“You had your chance, Jonathan,” a white-haired man in a suit reportedly barked out from a metal catwalk above the laboratory, flanked by three lab-coat-clad scientists jotting down notes on clipboards. “But you couldn’t get the job done. We need to totally rethink how we create Ossoffs if we ever want to pass single-payer healthcare and rebuild our crumbling public schools.”

Wow. The DNC sure seems hell-bent on starting from the beginning, no matter what it takes.

Meanwhile, in the laboratory at the far end of the hallway, a team of DNC scientists was already hard at work preparing a better, more efficient politician archetype for their next election, as doctors in hazmat suits wheeled alternate Ossoff prototypes in and out of the research center. Amidst the commotion, though, a handful of scientists sulked about the latest failure at the far end of the lab, bickering about whether the Jewish war-veteran Ossoff prototype or the totally ripped Asian one could possibly have had the chops and charisma to actually win the Georgia election, all until a supervisor ordered them to get back to work sorting through the beakers and vials labeled “sex appeal,” “height,” and “hair.”

A change probably wouldn’t be the worst idea with the way things have been breaking for the Democratic Party, and it looks like the DNC is well aware of it. Now that they’re totally hitting the reset button from the ground floor, it’ll be interesting to see how their elections go for the DNC from here on out. One thing is for sure: We won’t be seeing that version of Jon Ossoff again.