Beautiful: The Kansas City Royals Are Wearing A Uniform Patch All Season Honoring Anyone Who Died In Mudslides Or Terrorist Attacks 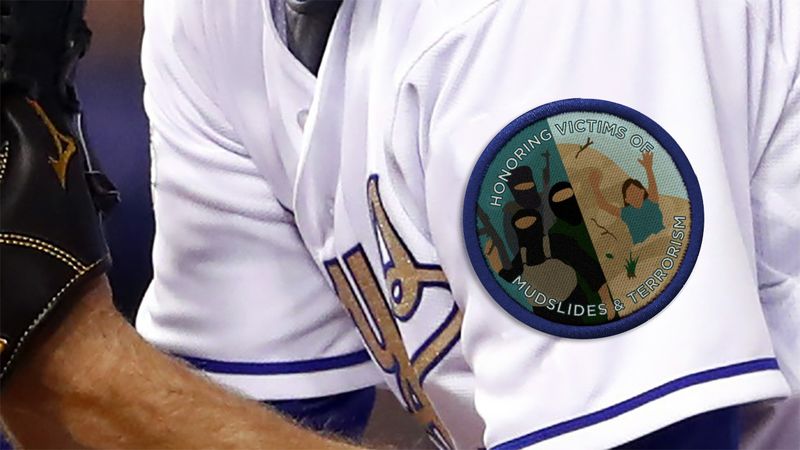 Some things are much bigger than baseball, and here’s one Major League Baseball team that definitely knows this to be true: The Kansas City Royals are going to wear a special uniform patch all season that honors anyone who died in mudslides or terrorist attacks.

What an incredible tribute!

The defending World Series champs will don the patch that honors the victims of mudslides and terrorist attacks on both their home and away jerseys during all 162 games this season—and, of course, in any postseason games, should they make it that far. Whether it’s the recent terrorist attacks in Paris, the 2010 mudslide in China, or the Oklahoma City bombing, this amazing patch remembers the victims of all of them and brings visibility to both issues.

“Mudslides and terrorist attacks have claimed countless lives, and honoring those who have fallen victim to either is really the least we can do,” said Royals manager Ned Yost. “A lot of the guys in our locker room know someone whose life has been affected as a result of the unpredictable destruction of mudslides or the senseless violence of terrorist attacks, and every single one of them recognized what it would mean for them to wear this patch.”

If you still aren’t convinced that this patch is nothing more than a ploy for some positive press, take a look at these tweets from Royals players:

Yep. These guys get it. If you weren’t already a Royals fan, you definitely are now.