Bold New Strategy: Febreze Has Released A New Line Of Guns To Shoot Your Dog With If It Starts To Smell 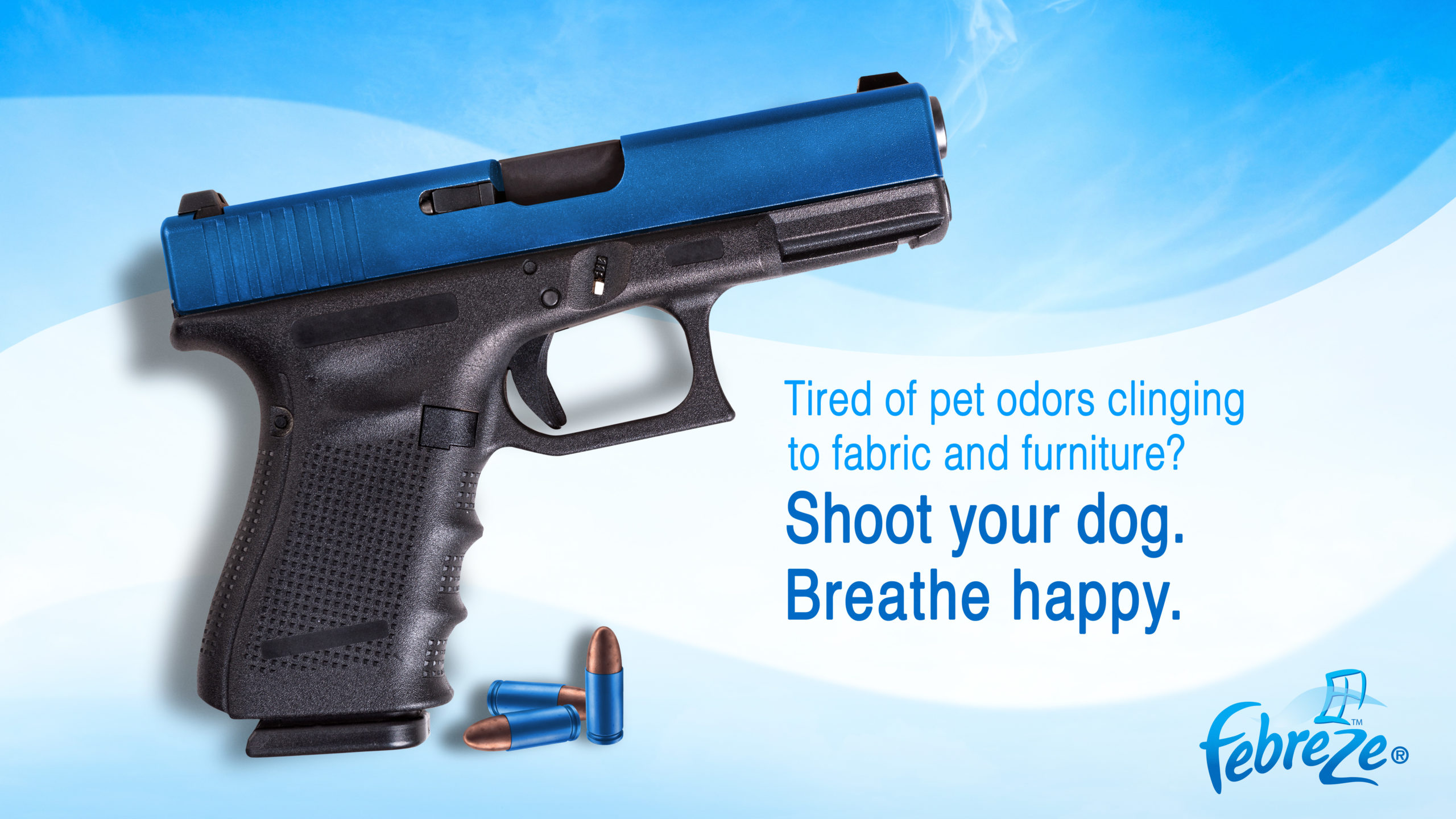 Plenty of companies are happy to play it safe when it comes to their marketing strategies, but the maker of one of America’s most popular odor-eliminating products has decided to take a seriously bold risk in an attempt to boost its brand: Febreze has launched a new line of guns that you can shoot your dog with if it starts to smell.

Wow. Febreze is definitely looking to make a splash with this one.

The new 9mm handgun product, called the Febreze Freshness Enforcer, hit store shelves nationwide earlier this week and is being billed as the quickest, most effective solution to unpleasant pet odors on the market. With its simple point-and-shoot functionality and intuitive semi-automatic design, consumers don’t need any prior firearms training to use the product—just remove the Freshness Enforcer from its packaging, aim it at a foul-smelling pet, and pull the trigger, killing the odor dead in its tracks.

“At Febreze, we’re passionate about keeping your home smelling clean and fresh, which is why we’re proud to announce our brand-new Freshness Enforcer handgun, the only product you’ll ever need to eliminate unpleasant pet odors once and for all,” said the company in a press release. “If you have a dog that smells bad—whether due to health issues, being out in the rain a while, or even just being old—the Febreze Freshness Enforcer will empower you to blast away the odor at the source. One shot is all it takes to put pet odors out of their misery for good!”

Febreze has also been spreading the word about the new product through a gutsy public awareness campaign featuring ads like the one below:

Wow. Seems like Febreze is pulling out all the stops to corner the market on home odor-elimination products. Whether their competitors will respond with handguns of their own is yet to be seen, but in the meantime, it’s looking like the Febreze Freshness Enforcer could be a serious game-changer.