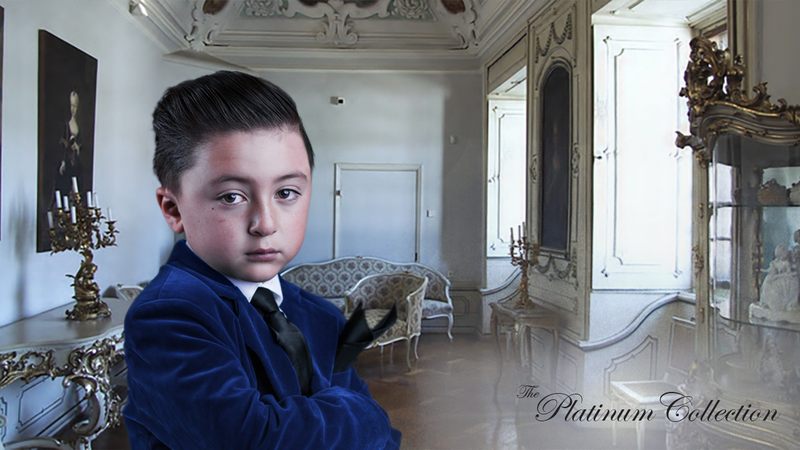 Parum pum pum, my fellow child barons! It is I, the famed Boy Caspian Rutherford of unfathomable wealth, dictating an online column to my robot butler who is in turn dictating it to my human butler. This week, we are discussing how to get more time with your beloved mum mum by making the hired help so miserable that they forget their place in society and storm out of your mansion in a huff. Then Mum Mum will be forced to hold your fat little hand for as long as it takes the service to send a replacement nanny, and she might even feed you a sweet! So without further ado, here is how to stupefy the mind of your wretched servant!

1. Finance a fleet of drones to drop tons of dust around the house: As the seventh heir to the Rutherford Steel and Imitation Crab fortune, whenever I want a day with Mum Mum, I simply hire a fleet of drones to release 60 pounds of dust into a room as soon as the nanny cleans it. Frantically re-cleaning rooms she just perfected, your nanny will only make matters worse by flailing her feather dusters and cloths uselessly against the piles and piles of soot. When Mum Mum finds the nanny buried under 5 feet of dust, she’ll know she has no choice but to bring you along to furnish her second private penthouse at the Four Seasons Paris while waiting for the nanny to calm down and excavate herself. I’ve done this more times than I’ve swallowed Mum Mum’s brooch for attention, and it works fantastically.

2. Cancel her favorite soap opera: This one’s going to sting, because Nanny’s one hobby is watching her favorite soap opera for an hour a day. When I placed a call to have My Love, We Are canceled, my dumb nanny was so distraught that she smashed the in-house ice sculpture that depicted my beloved ancestor Sir Caspian trampling a farmer with his horse, and then she threw a chaise lounge in our moat. Nanny will return to her senses in a few days when she finds a new show, but it’s still worth it for the evening with Mum Mum at the St. Lucia Rejuvenation Crypt.

3. Reroute a crude oil pipeline through the nanny’s living quarters: You’re guaranteed to spend bank holidays with Mum Mum, so I recommend trying this in the long interim between Columbus Day and the Skull & Bones Alumni Bacchanal. Simply mail a ruby to your congressman to get the reroute approved, and soon a huge pipe full of oil will slice right through the only place where your nanny can get a moment to herself. It’ll be too dangerous to light a candle so she can see her way in the dark, windowless room she sleeps in, so she’ll lie awake at night terrified that the pipe located just 3 inches from her head will burst. A sleep-deprived anxious wreck, your nanny will mistakenly rub wax on your wagyu beef snack strips and cover the bronze bust of your father in marinade, and Mum Mum will accept that you’re her plus one on a tour of this year’s venue for the Gout Prevention Cotillion. If you use this trick, be sure to saunter over to the Caspian table at the banquet and my beautiful Mum Mum will sneak you a glass of conflict wine from the Caspian Orchards!

4. Reanimate your cryogenically frozen grandpapa and ask the nanny to get him up to speed on the past 30 years: If your grandfather’s anything like Grandpapa Rutherford, this will have the nanny out of her mind long before she even mentions Y2K. She’ll get so fed up with questions from your grandpapa like “Is Jimmy Carter still coming over for dinner tonight?” that she’ll start threatening to seal Grandpapa in the cryotank for good. There’s no sweeter sound than your nanny and grandpapa threatening to murder each other with the candelabra because it means Mum Mum’s about to sigh and say, “Get in the Rolls Royce,” before walking three steps ahead of you toward the car! And that is a Boy Caspian guarantee!

5. Buy her hometown and turn it into an amusement park: Take it from me, the toffee-fingered Caspian Rutherford, nothing drives Nanny more insane than tearing down all her memories! How the poor treasure their simple pasts! Tra la la!

6. Commission Elton John to write an album criticizing her: Don’t sleep on this tip. It’s the one that made my first nanny run away, which got me three blissful days with Mum Mum in Mykonos before the next nanny was hired. If you’re worried that you won’t be able to land Elton John, it’s easy to substitute him with any other knighted musician. Just send your world-class songwriter a list of all Nanny’s flaws, from the way she prematurely summons the helicopter to the launch pad to her inability to remember which first-edition Shakespeare play rotates the bookshelf to the secret study, and they’ll take it from there. If you think Nanny’s mad when she hears it blaring from your record player, just wait until she learns it’s at the top of the Billboard charts. And when she finds out the video for “Nanny’s Sallow Skin” has five billion views on YouTube, she might just run away, too. Also, as a co-writer on “Nanny’s Sallow Skin,” I got a Grammy when it took home best record last year, which was a pretty droll time that even Mum Mum came to. Another one for the Boy Caspian trophy case!