Bravo! This Subway Masturbator Is Jerking Himself Off Way Too Impressively For Anyone To Be Disgusted By It 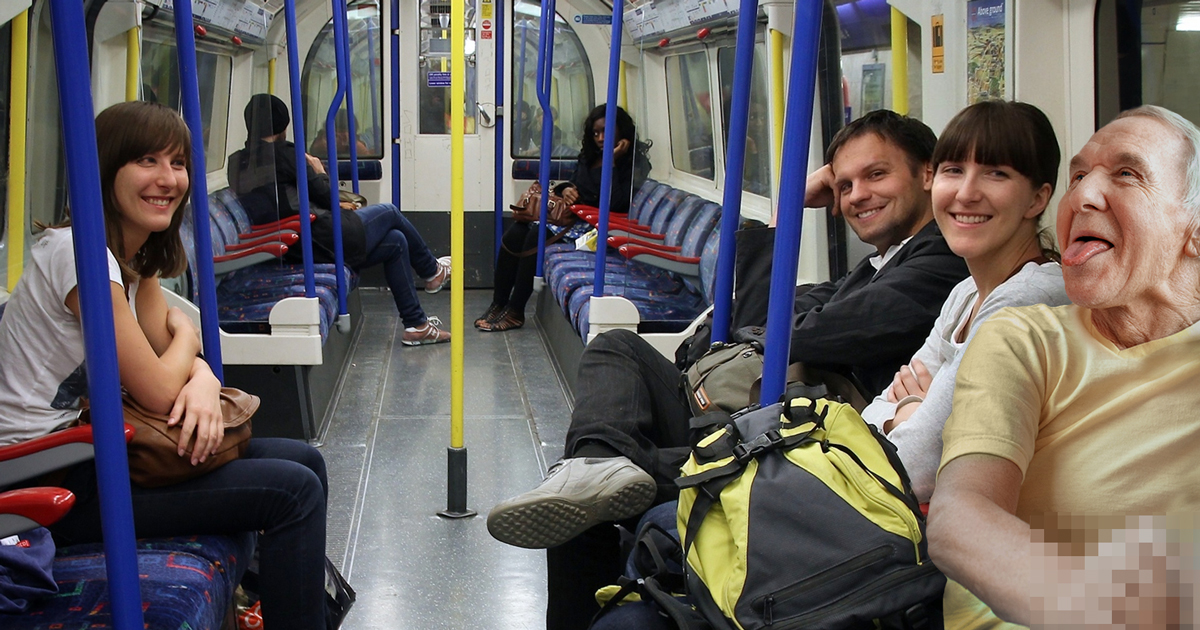 Sometimes true beauty is hiding in plain sight in our everyday lives. Something awe-inspiring and gorgeous might pop up in the middle of an otherwise dull day and take your breath away. Case in point: This subway masturbator is jerking himself off way too impressively for anyone to be disgusted by it.

Bravo, sir! Your elegant display of public onanism has captured the hearts and minds of all your fellow subway passengers!

When the man first began masturbating on the subway, most of the other people in the train car instinctively looked away, fearing it would be crude and unpleasant to witness. Yet within moments, it became apparent that this man was a maestro in the art of self pleasure. He jerked himself off with elegant, rhythmic arm motions, his eyes wide and unblinking as if enchanted by beatific visions unfolding just beyond the ken of ordinary sight. An impressed murmur passed swiftly through the crowd of subway riders, and soon all eyes were on the subway masturbator and his magnificent, knee-trembling performance.

“When the guy first started jacking off, my first instinct was to look away and switch to another car at the next stop, but honestly, the soulful way he was mashing his junk roused in me a latent, half-forgotten joy from deep in my soul, and I couldn’t bear to avert my eyes,” said subway passenger Greg Poznanski, choking up as he recalled the breathtaking scene of the man slapping his gland before a hushed audience of fellow commuters. “Watching that guy scrubbing off right in the middle of rush hour was like watching a masterful ballet: a perfect marriage of fluid motion and rigid discipline, an act of self-expression whose eloquence is enhanced, rather than stifled, by constraints of rhythm and form.”

As the train continued along its route, commuters waiting on the platform began to shove and bat at each other in an attempt to get into the masturbator’s car so that they could watch him expertly tug his pud. Like Yo-Yo Ma bowing a Stradivarius, the man passionately played his tumescent member with deft motions of the hand and wrist that showcased a level of virtuosic skill not only unpossessed, but plainly unattainable, by all those fortunate enough to witness it.

“The guy was beating off quickly and slowly, loudly and quietly—it was like watching a new form of poetry being born before our very eyes,” said subway passenger Nancy Boyd, her eyes twinkling as she described the stirring sight of the man tenderly buttering his worm. “At one point the subway got to my stop, but I stayed on the train and kept riding just to keep watching him jerk it.”

“The brave Ulysses was fortunate indeed that he had only to contend with the minor bewitchment of the siren’s song as he sailed homeward to Ithaca,” Boyd added, “For had that wily wanderer been tempted by the Olympian vision of this man tracing ghostly new geometries through the air as he throttled his boner, surely the urge to reorient his ship toward this dazzling wank would be too strong to resist, and he would have undoubtedly run his vessel aground on the unforgiving rocks.”

After holding his audience in thrall for nearly 15 minutes, the subway masturbator abruptly muttered the word “Done” and sat back down, his hand and wrist finally still. Some passengers yelled, “Brava!” while others yelled, “Encore!” But most were simply reduced to the stupefied silence of one for whom the enigmatic resplendence of the sublime has confounded all words, all utterances, entirely. It was the kind of moment that reminds us that while humankind possesses the capacity for atrocious acts of cruelty and destruction, it possesses in equal measure the capacity to create moments of transcendent beauty. Some create this beauty through art, others through song, others by walking onto a crowded subway and grabbing their penis in front of dozens of unsuspecting travelers.

So allow us a moment to editorialize rhapsodically and implore all our readers to venture out into the world while you still can, for that is where you will find the hidden moments of majesty lying in wait behind the veil of the seemingly quotidian. All you need to do is board the train and embrace what awaits you!